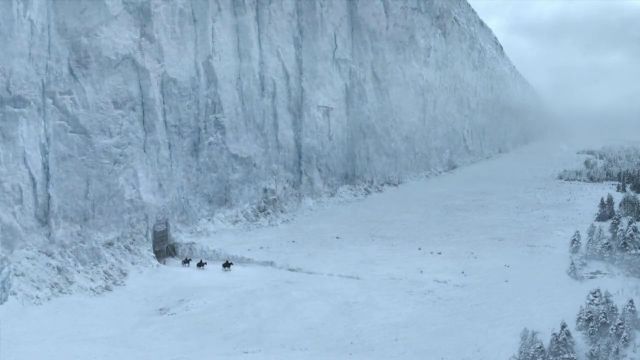 With 2011 going to its inevitable end, here comes the time of different statistics, charts and summaries. I will do it as well, because it's tempting, it is, but not right now, and since I re-submerged (is this even a word?) into Kpop crazy fandom and find it hilariously funny (if you don't take it seriously, it's Kpop after all), I will focus more on this than dramas. But dramas, don't worry, won't be orphaned at all. Oh no, too much happened in this particular world to let it be overlooked.

Right now, few of my observations. They are no by any means revolutionary, but I have the feeling I need to get it off my chest. I've been watching drama for 3 years straight without exception, day after day. I twisted what supposedly Apelles said nulla dies sine linea, and I got – "not a day without the episode". And somehow right now, in December, I felt I had enough. I watch only two dramas right now. I re-watched few of my favorite shows from the times I was a crazy DBSK fan and was into Korean music/movies and not dramas. Sad to say, few days ago, after I finished the last episode of Firefly, I yelled "WAE!?!" Why Korea has no such shows? And then I started to sort out the reasons.

1. Stories. Looks like viewers in Korea have problems with new genres, with new ideas, with everything that is out of their "experience range". This is why we watch the same topic in 75427th drama. Don't get me wrong, I do think that if the used and re-used motif is used again, it may be done with fresh approach and new angle. Sometimes it works, sometimes it doesn't. But the spectrum of Kdramas' topics is painfully narrow. "She loves him, he loves her, obstacles, families, wedding". Oh, we watch dramas for entertainment so we all need some fairytales in our boring, mundane lives, a fairytale where everyone has flawless milky skin, silky hair and where true love prevails. That's good, that's some kind of medicine. But at some point, after million hours spent in front of TV/PC/whatever, brain craves for something else. And medicine turns out to be a poison.

Sadly, I don't see many changes in 2012 in that particular basket. Rom-coms with chaebols will be produced, "poor girl-rich guy" stories will be watched. Because they feed 99% of the viewers who crave for such optimistic, heart-warming stories. Depending on the cast, I will probably watch them as well.

But why no sci-fi series? No decent fantasy one?

2. Actors. Oh, actors are not actually the problem, Korea is abundant with them, and especially lately when every idol needs to have an 'acting job in their résumé. Some of them can't act though, and they break the illusion, they ruin the drama, to put it simply. Other case – actors are treated like something between camera and coffee cup. Useful, but completely replaceable. Not like human beings. Korean actors need a union that would protect their rights, so there won't be 'Han Ye-seul gate 2'.

And the last case – actors should be given a little bit more of variety in their characters. This is, in fact, related closely to the previous problem – stories. Variety of topics creates variety of characters. Actors should also be able to look 'unattractive'. I know, it's a mortal sin in Korea, and absolution is taken from those who look 'human', and not 'godly'. They should be shown sweating, dirty, with facial hair, rough (*uhm... I'll stop here*). You know, I love Park Si-hoo, but if in his next drama I see him as a chaebol son, I will puke, I swear.

3. Production. And here lies the biggest problem (except for the last one). Pre-production. Korea, y u no has it? Oh no, actually I know why – ratings. The life of entire Universe depends on ratings, right? Drama writers, directors etc. can be changed during the shooting if crazy crazy netizens say they don't like the story. Episode 13 is shot when episode 10 is being broadcasted. Oh, that leaves a huge room for editing, right?

This is why I don't see "Game of Thrones" made in Hanguk in the next 5 years, and maybe even further away. Few reasons actually, but this one is the heaviest. It requires shooting a year before the airing, it requires decent CGI, it requires humongous structures and amount of work coming from everyone: designers, make-up artists etc. Without monitoring in real-time of the viewers reaction (and eventual ads placement), Kdrama, as it seems, doesn't exist. Sad, because this is some kind of abortion of great ideas just because of the ratings.

4. Viewers. Korean society, or at least the majority of the viewers, is in a deep need of change. Audience needs to lose its possessiveness of 'their' actors. They want to see 'their' star as a good mama-boy, and not gods-forbid! as any bad guy, not anyone who has the slightest stain on their character! People who watch dramas should be warned – do not mix a fictional character with an actor who plays him/her! The fact your oppa worships a lady in a drama has nothing in common with his real life persona. In a real life he may be a woman-beater, who knows? I bet not the acne-ridden teen in front of her screen, although she claims him as her soulmate (To all interested, I did a little research on the world phenomenon that is known as "fangirls").

Viewers need to stop preaching about innocent youth and demoralization. It happens in schools, on internet boards, fan communities, many different places. I'm not saying – let's shove some rape-like scenes as seen in "Game of Thrones", but maybe viewers should be more concerned that double politics about 'young generation' brings them no good.

Korea has all that is needed to produce a great series – talented writers, directors, actors, musicians, money and landscape. The problems lie elsewhere and those problems block fresh ideas, fresh genres, new territories to explore. So many stories to tell, so low ratings though.

Article with much more unrestrained expressions is under the link provided below:

"Kdrama obstacles"
by HanCinema is licensed under a Creative Commons Attribution-Share Alike 3.0 Unported License.
Based on a work from this source