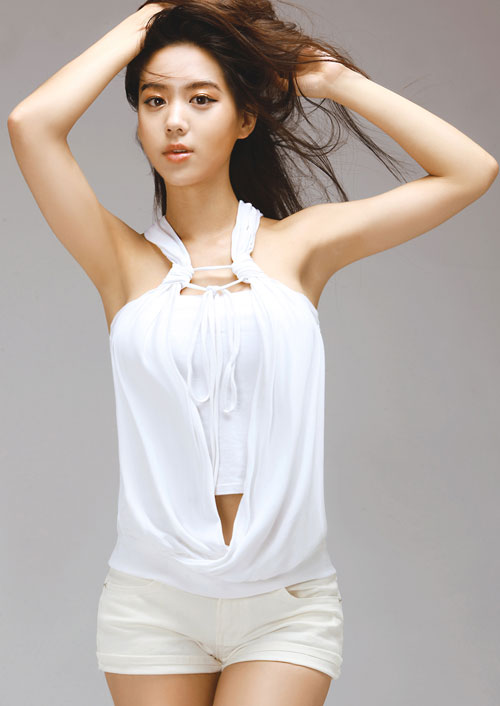 Kid actress Kim Hee-jung-I is coming back for the first time in a year.

Also known as Ggok-ji from the year 2000 drama "Ggok-ji", Kim Hee-jung-I is coming back with the MBC special drama "The Greatest Thing in the World" as a widow.

Romantic comedy, "The Greatest Thing in the World" is about a widow and adopted children. Producer Lee Eun-gyoo who dealt with the bullying problem in "Ugly Cake" last year had production of this drama as well.

Unlike her cute appearance, Kim Hee-jung-I takes on the role of high school student Ja-yoo. She is a single mom who is always fighting with single dad Meng Se-chang.

Kim Hee-jung-I has now grown into a full grown actress from being a kid and is about to spread her talents all over.

"Kid actress Kim Hee-jung-I comes back"
by HanCinema is licensed under a Creative Commons Attribution-Share Alike 3.0 Unported License.
Based on a work from this source