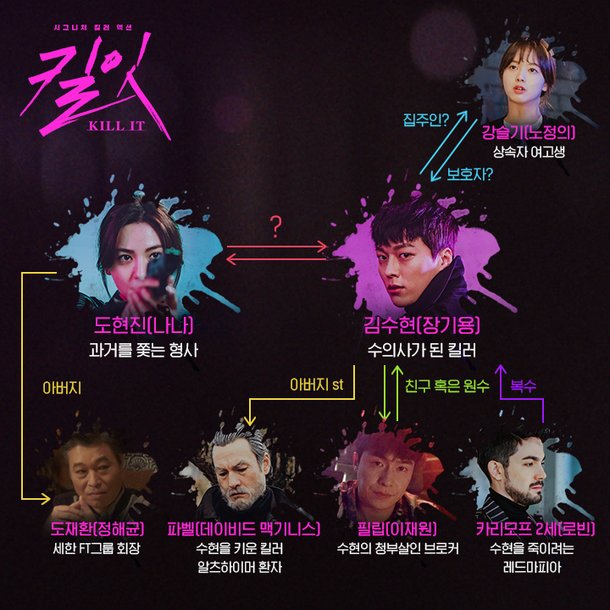 Jang Ki-yong and Nana from "Kill It" released a special behind-the-scene clip on the official homepage of "Kill It" on the 14th.

In the picture, the two of them are smiling brightly while making hearts with their hands.

Meanwhile, their correlation goes according to the following.

He is from Seokyung University and belongs to YG Entertainment. He's been in dramas "Going to School", "Greatest Marriage", "Seonam Girls High School Investigators", "We Broke Up", "Beautiful Mind", "Love for a Thousand More", "Go Back Couple", "My Mister" and "Come and Hug Me".

Jang Ki-yong became more reputable in "Go Back Couple", a 12-episode drama that ended on the 18th of November 2017.

"Go Back Couple" starring Jang Nara, Son Ho-jun, Heo Jung-min, Han Bo-reum and Jang Ki-yong, is about a couple who regret getting married and it made a record of 7.3%.

Jang Ki-yong is also starring in "Search: WWW" with Lim Soo-jung, Lee Da-hee, Jeon Hye-jin-II, Ji Seung-hyun and others. "Search: WWW" is a romantic drama about women who work at a portal site that leads the trend and men who pick them off their feet. 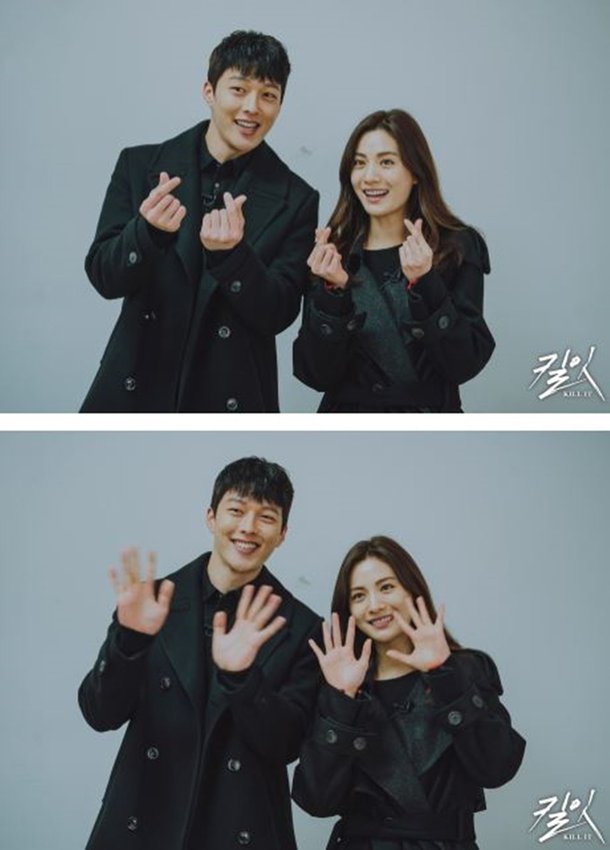 Nana debuted in 2009 as a member of the girl group After School.

She starred in "Fashion King - Movie", "Go Lala Go! 2" (Chinese movie), "The Swindlers", variety shows "Playgirls School" and "Roommate", "Love Weaves Through a Millennium" (Chinese drama), "The Good Wife" and also was a part of the After School unit group Orange Caramel.

Orange Caramel debuted with the 2010 EP album "The First Mini Album" and was made up of Raina, Nana and Park Soo-young-II.

"Kill It" can be seen on OCN every Saturday and Sunday and it's a killer action drama about a killer who is a vet that saves animals and a detective who saves people starring Jang Ki-yong, Nana, Roh Jeong-eui, Lee Jae-won-I, and Jung Hae-kyun.

""Kill It" Jang Ki-yong and Nana Behind-the-scenes"
by HanCinema is licensed under a Creative Commons Attribution-Share Alike 3.0 Unported License.
Based on a work from this source