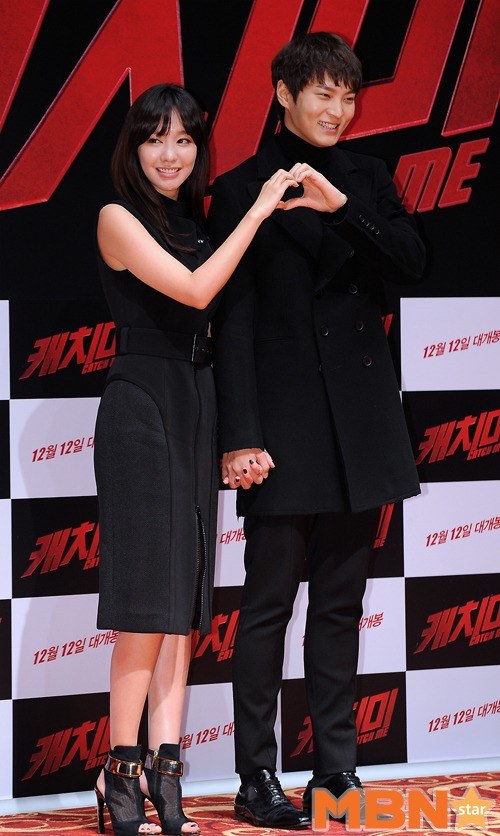 Kim Ah-joong and Joo Won attended the production press conference of the new movie "Catch Me".

They coupled up in black outfits and displayed close friendship on stage.

The two confessed that they fell for each other once during the movie and were humorous about it.

Kim Ah-joong and Joo Won's "Catch Me" is about an elite profiler named Ho-tae (Joo Won) reuniting with his first love Jin-sook (Kim Ah-joong) who is a legendary thief. To be released this 12th of December.

"Kim Ah-joong and Joo Won"
by HanCinema is licensed under a Creative Commons Attribution-Share Alike 3.0 Unported License.
Based on a work from this source