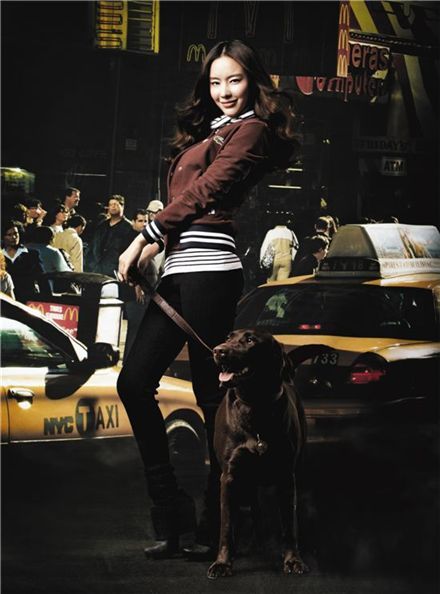 Korean actress Kim Ah-joong has been cast as the female lead in an upcoming drama, according to her agency Trophy Entertainment on Wednesday.

Trophy announced that Kim has been cast to play the role of Go Da-kyung, an accident-prone newcomer who conducts autopsies, in the new medical drama tentatively titled "Heaven" opposite Korean actor Park Shin-yang.

"Go Da-kyung is someone who makes mistakes and is careless and tries hard to solve the problems at the institution but at the same time she is cute and lovable. We believe that Kim will do a great job in portraying this character since she has taken on various roles in the past", explained an official from the show.

"Heaven", helmed by famed producer Jang Hang-jun from movies "Break Out" and "Attack the Gas Station 2", is about the situations and cases that arise at the National Institute of Scientific Investigation.

Kim made her debut in 2004 through a mobile phone commercial. She soon appeared in various TV series and movies including KBS' drama "The Accidental Couple" and in the film "200 Pounds Beauty".

She was recently cast as the female lead in the 20 billion won U.S.-China joint production of the sports adventure film "Amazing".

"Kim Ah-joong cast as female lead in new medical drama"
by HanCinema is licensed under a Creative Commons Attribution-Share Alike 3.0 Unported License.
Based on a work from this source