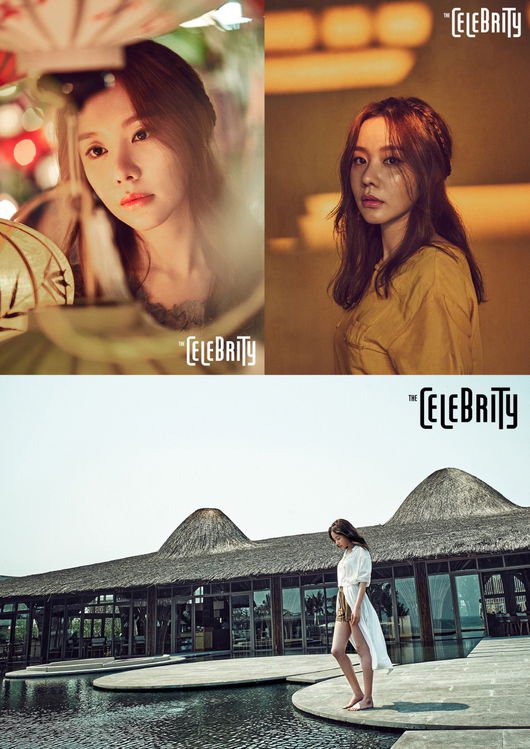 Kim Ah-joong modeled under the concept of "Oriental Beauty" in botanic dresses.

Locals responded well to Kim Ah-joong. She was energized by this support and worked hard despite the hot weather. She walked under the sun without complaint.

Kim Ah-joong's pictures can be seen in the April issue of "The Celebrity".

"Kim Ah-joong in Vietnam"
by HanCinema is licensed under a Creative Commons Attribution-Share Alike 3.0 Unported License.
Based on a work from this source