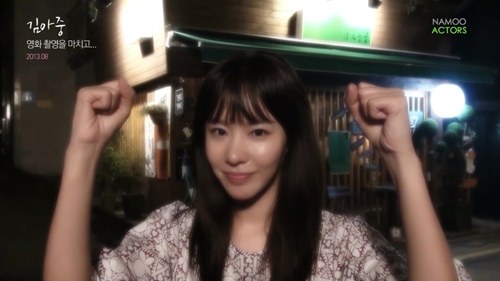 Kim Ah-joong, the main actress said, "We were so busy with the movie since May. I am thankful to the director who led the team very well and didn't lose his concentration once".

To Joo Won who took on the role of Ho-tae said, "He worked so hard to make the site a pleasant one and never expressing how tired he was".

She continued, "I thought of the grateful things during the crank up. I was glad it finished and thought of the sleep I could get. I won't forget the hard work put in by the staff and I am hoping for a good movie to turn out".

"Kim Ah-joong "Only You - 2013" cranks up"
by HanCinema is licensed under a Creative Commons Attribution-Share Alike 3.0 Unported License.
Based on a work from this source