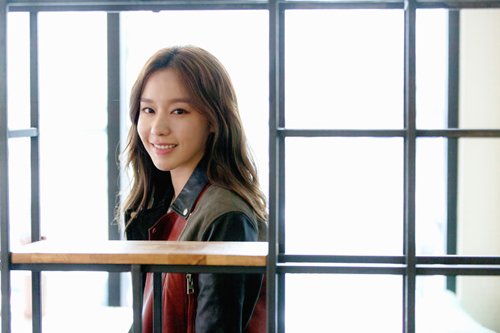 Kim has limited herself to one project a year for the last four years, saying there aren't that many scripts that appeal to her.

"Working with a script that arouses my sympathy or that I find really interesting allows me to fully develop a particular character. If a script doesn't move me, I might have a hard time performing it. I guess I'm more selective than most when choosing a project. But this applies to other things as well -- when it comes to choosing what dish to eat in a restaurant, or buying clothes", she said.

In "Punch - Drama", which ended its run last month, Kim made a strong impression on viewers playing a character who is at once the warm-hearted mother of a 7-year-old girl; a prosecutor with a strong sense of justice who fights against evil; and a strong wife whose husband is terminally ill.

"While I was thinking of how to portray a prosecutor who is hard on herself and works for disadvantaged people, I came up with the idea of wearing plain outfits. So I wore six turtlenecks alternately in all the 19 episodes, and mostly wore pants. I tried to look simple, barely wearing accessories", Kim said.

"It was so great to be part of such a well-made drama. It was interesting to see the different ways each actor interpreted and expressed their role, and to collaborate with veteran actors", she said.

"I can't wait to start another project soon. I guess I'm starting to enjoy the fun of acting".

"Kim Ah-joong Rediscovers the Fun of Acting"
by HanCinema is licensed under a Creative Commons Attribution-Share Alike 3.0 Unported License.
Based on a work from this source