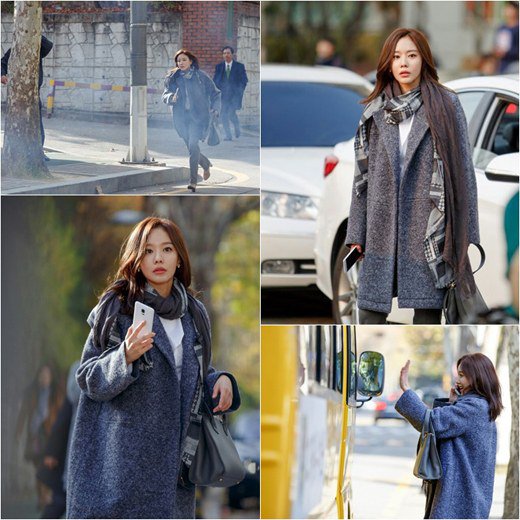 Actress Kim Ah-joong is all there for the new SBS drama "Punch - Drama".

The first scene took place in an apartment complex in Gangnam on the 15th of last month. Sin Ha-kyeong (Kim Ah-joong) witnesses an accident involving her daughter Park Ye-rin (Kim Ji-young-III) riding on a kindergarten bus that was excessively speeding.

Kim Ah-joong ran after the bus until she had to catch her breath and the staff applauded her.

Kim Ah-joong also previously played the realistic role of a mother who was worried sick for the safety of her daughter.

Kim Ah-jeong's role of Sin Ha-kyeong is a Seoul District Investigator. She's divorced with Park Jeong-hwan (Kim Rae-won) and feels both hatred and affection for him.

Meanwhile, "Punch - Drama" is the touching story of the Supreme Prosecutor's Office investigators and will be broadcasted in December after "Secret Door".

"Kim Ah-joong reveals "Punch - Drama" in the making"
by HanCinema is licensed under a Creative Commons Attribution-Share Alike 3.0 Unported License.
Based on a work from this source