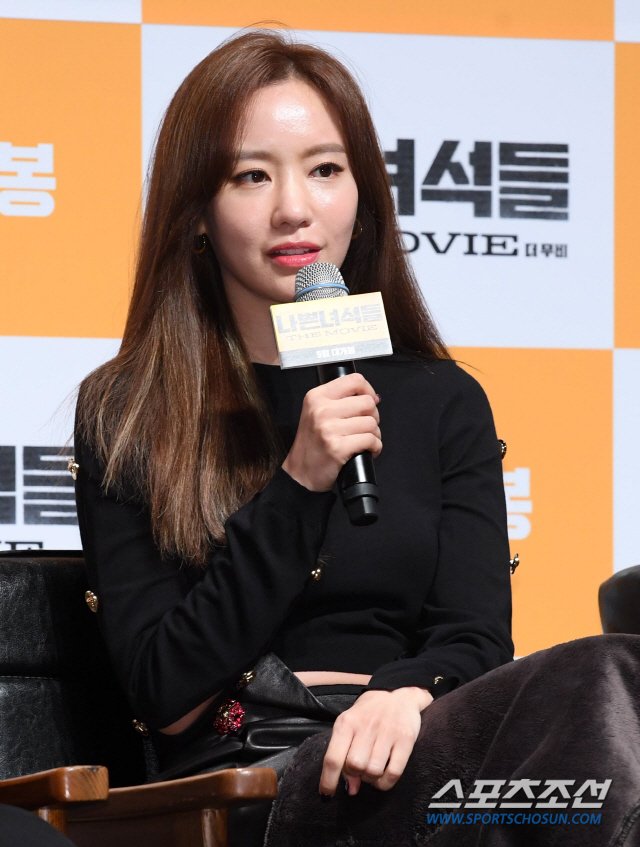 Actress Kim Ah-joong will return to the big screen in September after about a two-year absence.

The action-packed crime film is a spin-off of the popular TV series "Bad Guys", which was aired in 2014.

"In the film, I play the role of a female trickster who has five previous convictions. It was a male character in the original TV series, which actually tempted me to challenge myself with the role", Kim said at a press event in Seoul on Monday. "I had to do a lot of action scenes, but it was very fun shooting it".

The film deals with a story of bad guys who try to catch even worse guys.

The film is scheduled for release around Chuseok or Korean Thanksgiving, which falls in early September this year.

"Kim Ah-joong to Star in Big-Screen Version of Popular TV Series"
by HanCinema is licensed under a Creative Commons Attribution-Share Alike 3.0 Unported License.
Based on a work from this source