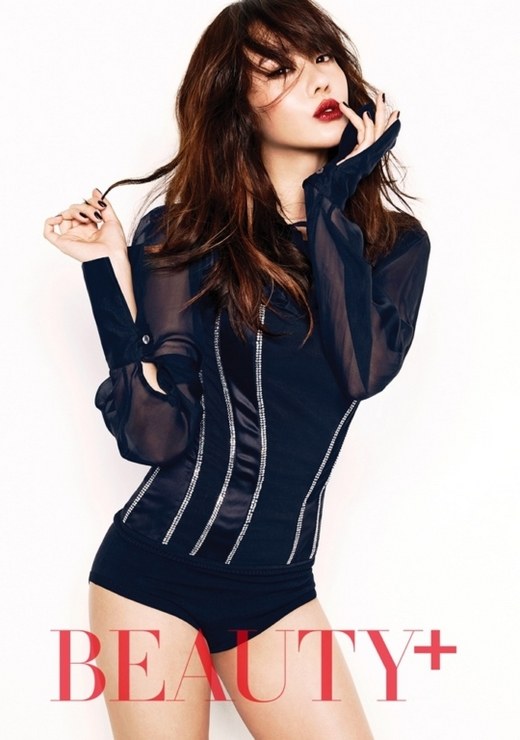 On the December issue of the beauty magazine "Beautiful", Kim Ah-joong showed off her sexiness in the concept of Christmas.

Kim Ah-joong wore burgundy lipstick and posed in the most provocative way possible.

The outfit she is wearing looks bottomless and she is staring into the camera with dreamy eyes.

Meanwhile, Kim Ah-joong starred in the movie "Catch Me" which is being released in December with Joo Won.

"Kim Ah-joong turns sexy"
by HanCinema is licensed under a Creative Commons Attribution-Share Alike 3.0 Unported License.
Based on a work from this source