Kim Ah-joong, what have you done to your legs? Killer legs exposed 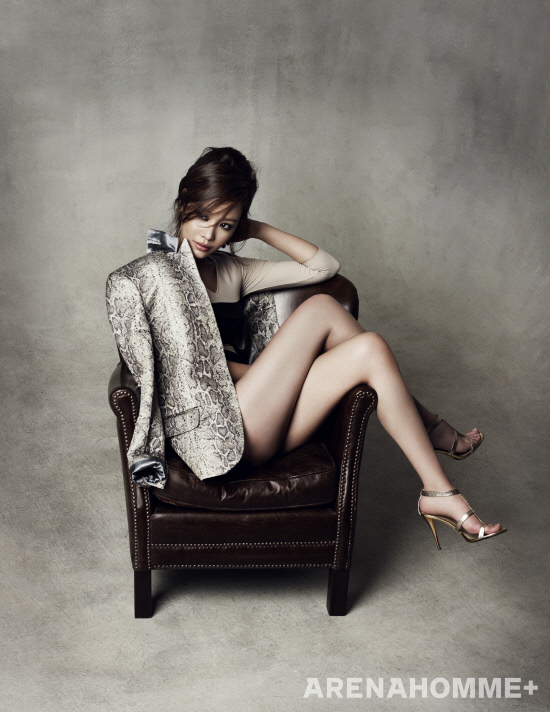 Kim Ah-joong has been chosen to be the most wanted and fascinating goddess in Korea.

In the magazine for men "Arena Hommes" (www.arenakorea.com) Kim Ah-joong showed off enchanting goddess pictures for a special photo shoot under the title, "The Most Wanted Attractive Actress in Korea".

A spokesperson from the photo shoot conveyed, "Kim Ah-joong who has shown various images of her through her work is worth every word of the words "The Most Wanted Attractive Actress in Korea". She received compliments from the staff for her ability to carry out the concept so well and her even more advanced beauty". 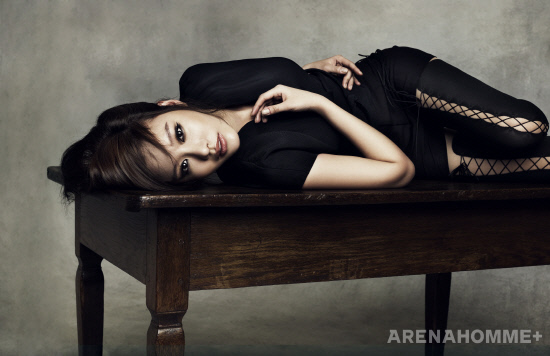 "Kim Ah-joong, what have you done to your legs? Killer legs exposed"
by HanCinema is licensed under a Creative Commons Attribution-Share Alike 3.0 Unported License.
Based on a work from this source