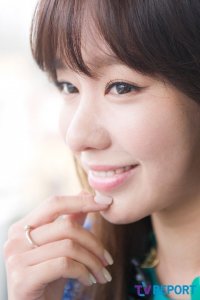 Actress Kim Ah-joong was appointed as a goodwill ambassador for the promotion of FranceExpress, an annual French cultural festival, Wednesday.

Laure Coudret Laut, director of the French Cultural Center in Seoul said the actress will take part in various events to help promote French culture for the next three months.

Kim appreciated that the cultural center had given her an opportunity to represent France, a country she admires.

The festival will run through the entire autumn, sprinkled with musical performances, theatrical works, exhibitions and films.

"Kim Ah-joong Will Promote French Cultural Festival"
by HanCinema is licensed under a Creative Commons Attribution-Share Alike 3.0 Unported License.
Based on a work from this source