Kim Beom and Oh Yeon-seo Break Up After 10 Months 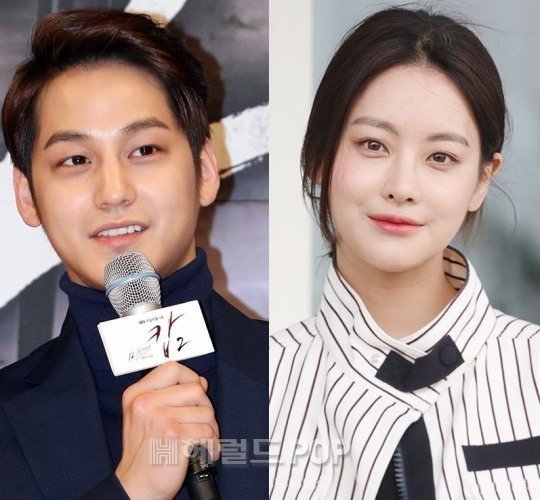 Kim Beom and Oh Yeon-seo ended their romantic relationship after 10 months of being together.

Their relationship hit the news again a month later when Kim Beom had to join the army. However, due to a genetic illness, he served in public service and not active service. There didn't seem to be a problem between them even after he enlisted.

However, the couple came to an end at the end of last year while the news only just came out.

Meanwhile, Kim Beom debuted in 2006 and starred in several dramas such as "High Kick!", "Boys over Flowers", "That Winter, the Wind Blows", "Mrs. Cop 2", and more. His most recent work is "Detective K: Secret of the Living Dead".

Oh Yeon-seo debuted as a singer in 2002 and became an actress who starred in "My Husband Got a Family", "Oh Ja-ryeong is Coming", "Jang Bo-ri Is Here!" and "A Korean Odyssey".

"Kim Beom and Oh Yeon-seo Break Up After 10 Months"
by HanCinema is licensed under a Creative Commons Attribution-Share Alike 3.0 Unported License.
Based on a work from this source