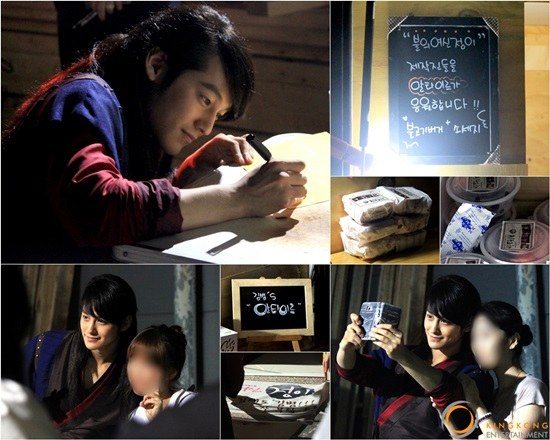 According to King Kong Entertainment Kim Seom sent his support to the staff and crew of the drama for working so hard.

He sent the snack car to a filming set in Yongin with a banner that said, "I support "Goddess Of Fire Jeongi"".

He made sure everyone was well fed and even served the food himself.

The pictures show him signing a paper or taking pictures with fans. He has a satisfactory smile on his face.

Meanwhile, "Goddess Of Fire Jeongi" can be seen every Monday and Tuesday at 10PM.

"Kim Beom presents 'snack car' to "Goddess of Fire Jeongi""
by HanCinema is licensed under a Creative Commons Attribution-Share Alike 3.0 Unported License.
Based on a work from this source