Kim Beom to be Released from Hospital This Week 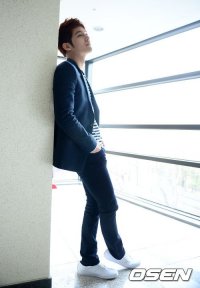 In hospital for injuries sustained in a car accident, Kim Beom, a star of "Boys over Flowers", will likely be released on Thursday at the latest. The young actor underwent surgery after his van crashed into the rail on his way back from the filming early Monday morning. He sustained injuries to his toe, ankle, back, and spine. He also has to wear a leg cast for at least three weeks, hampering his drama shooting schedule. However, Kim's agency said he will be back to star in the show, even if he has to do all his scenes sitting down.

Kim had been in another car accident on February 1st. His injuries then were light enough for him to receive physical therapy and shoot the show at the same time.