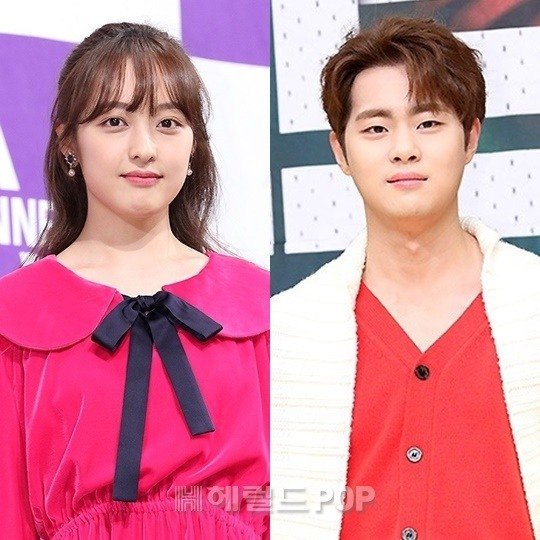 Kim Bo-ra and Jo Byeong-gyu have broken up after a year and 6 months of being together.

Their agencies explained that the two have decided to remain friends as they have been very busy lately. The exact timing of their break-up is unknown but it hasn't been that long.

Kim Bo-ra and Jo Byeong-gyu starred in the hit drama "SKY Castle" last year. The 'making' video of the drama was released afterwards and rumors about their relationship spread when Jo Byeong-gyu was seen holding Kim Bo-ra's hand.

They both appeared on the KBS 2TV show "Happy Together" and tried to explain that it was a misunderstanding but then were spotted on a date and officially acknowledged their relationship in February.

Through her fan café, Kim Bo-ra said, "We met through the drama and started becoming special since February. I'm sorry if this comes as a shock but I hope you will show us your support".

Netizens were very supportive of their relationship and congratulated them.

The couple was an example of the typical youth couple so their break-up comes as a disappointment to many.

"Kim Bo-ra and Jo Byeong-gyu Break up after 1 Year and 6 Months "
by HanCinema is licensed under a Creative Commons Attribution-Share Alike 3.0 Unported License.
Based on a work from this source