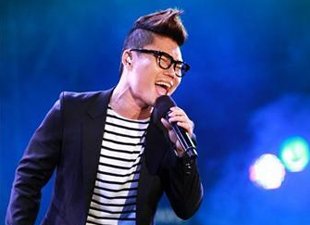 One of the most representative Korean male vocalists will be performing at the prestigious venue, Carnegie Hall in New York!

Kim Bum-soo revealed the exciting news that his concert tour "2012 Kim Bum-soo Get Alright Show With Orchestra" will include a stop in New York, USA. Not only, that, it will be the first stop, launching the entire tour on October 20th.

Carnegie Hall is one of the top venues that most singers only dream about performing at. Some names that have held shows there include the Beatles, the Rolling Stones, and Mariah Carey. Korean artists include Jo Yong-pil, Patty Kim, Insooni, and Lee Sun-hee. Kim will be just the fifth Korean singer to sing on the stage.

From the various halls, Kim will be performing at the biggest main hall, the Stern Auditorium, seating 2,400 people.

Aside from New York, Kim's tour will also include three other North American stops.

"Kim Bum-soo To Hold Concert At Carnegie Hall, New York"
by HanCinema is licensed under a Creative Commons Attribution-Share Alike 3.0 Unported License.
Based on a work from this source