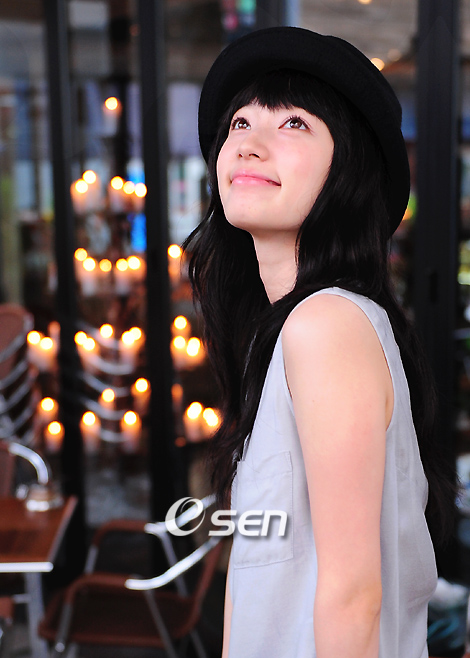 Actress Song Ha-yoon is the lead character in "Dangerous Excitement" and will be working with Yoon Je-moon.

Movie "Dangerous Excitement" is about Han Dae-hee (Yoon Je-moon), a government official of composure who goes out one day to patrol Hongdae, when he comes across a music band and the events that follow.

Song Ha-yoon is chic guitarist Mi-seon. She knows exactly what she wants and what she can do; she is very acute and realistic. She doesn't talk much and doesn't stand out but her aura has her in a big role in the band. She tries hard not to look faltered and is great at catching the moments that matter. She is chic and looks uncaring, but she has fire inside and draws attention.

Related to her casting, a movie spokesperson said, "It's hard to believe she is a 26-year-old, but she has various expressions and appeal, synchronizing well with Mi-seon 100 percent".

Song Ha-yoon has been in movies like "Taereung Training Center" with Lee Sun-kyun and Lee Min-ki, "Baby and I" with Jang Keun-suk and "Flight" with Kim Beom and other many pretty boys. It is being looked forward to what she will display with Yoon Je-moon, whom she has a 16-year-old age gap with.

Song Ha-yoon has been acknowledged for her acting in "Gwaeng-i" which was shown at the 2009 Busan International Movie Festival and in 2008 for "Baby and I" which was invited to the Berlin Festival.

Not only that she had become the new face in advertising but she's also currently modeling for Missha with Lee Byung-hun and Kim Hye-soo, Fuji Instax with Song Joong-ki.

"Song Ha-yoon leads "Dangerous Excitement" with Yoon Je-moon"
by HanCinema is licensed under a Creative Commons Attribution-Share Alike 3.0 Unported License.
Based on a work from this source