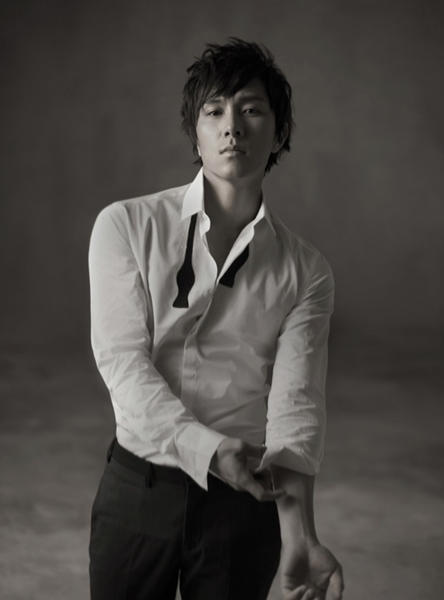 According to Live Wicks Company on the 27th, Kim Dong-wan will be starring in "Cheer Up Mr. Kim" after the current KBS 1TV drama "I'll Give You The Stars and The Moon".

Kim Dong-wan takes on the role of Kim Tae-pyeong. He is the guardian of four children with different family names and is an apartment cleaner and housework helper with good looks and skilled hands.

He is one tough guy who's made up of patience and perseverance and he takes care of children who are in the same situation as him in the past.

Kim Dong-wan said, "I am nervous about the period of the drama but I trust CP Moon Bo-hyeon, director Hong Seok-goo and writer Jo Jeong-joo".

He's anxious about the drama as he's never done a drama like "Cheer Up Mr. Kim" and says, "I am going to work hard and analyze my character. As much as I'm working with great people, this should be a great drama".

Meanwhile, "Cheer Up Mr. Kim" is all about warm family love. To be aired in early November.

"Kim Dong-wan in "Cheer Up Mr. Kim""
by HanCinema is licensed under a Creative Commons Attribution-Share Alike 3.0 Unported License.
Based on a work from this source