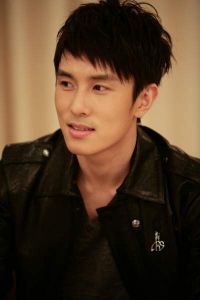 Singer Kim Dong-wan will hold his last concert before he begins his military duties. Kim's farewell concert, entitled "Promises", will be held at the main auditorium of Ewha Women's University at 7:00 p.m. on August 20 and 21. Fellow Shinhwa members will join Kim during the special concert.

Kim made his solo debut last year with his first album featuring the title song "Handkerchief". His first solo album received a favorable response from his fans, who welcomed his ballad-style songs as a fresh change from his Shinhwa days. Popular K-pop artists have been invited to make guest appearances at his upcoming concert including Kim Hyun-chul, Sweet Sorrow, Kim Jae-seok and Younha.

Kim recently told reporters that although he has performed on stage countless times, he felt excited and nervous about performing in a concert as a solo artist. He added that he hoped to give his fans an unforgettable experience.