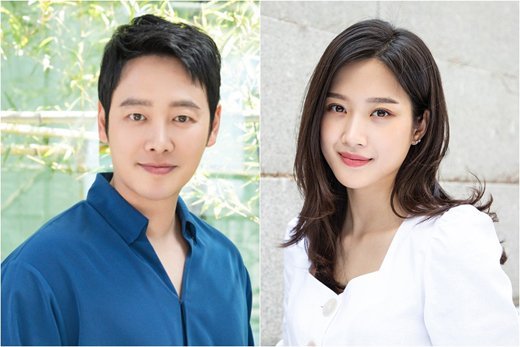 The new MBC drama "Find Me in Your Memory" announced the casting of Kim Dong-wook and Moon Ga-young on the 10th. This is a drama about a romance between Lee Jeong-hoon (Kim Dong-wook), a next-generation anchor with hyperthymesia (highly superior autobiographical memory) who remembers things all the time, and rising star Yeo Ha-jin (Moon Ga-young), a 'scandal maker' who forgets the most important time in life. It is written by Kim Yoon-joo and directed by Oh Hyeon-jong.

Kim Dong-wook plays Lee Jeong-hoon, the nation's most popular anchor who remembers all 8,760 hours of the 365 days of a year, as he suffers from an excessive memory syndrome. He is handsome and graceful with the image of a gentle anchor, but once the news goes on air, he only tells the truth no matter who the opponent is.

Moon Ga-young plays Yeo Ha-jin, a rising star who sells out anything she wears and makes uncensored remarks several times a day on social media, drawing attention from the public.

"Find Me in Your Memory" begins on the 18th of March.

"Kim Dong-wook and Moon Ga-young Confirmed for "Find Me in Your Memory""
by HanCinema is licensed under a Creative Commons Attribution-Share Alike 3.0 Unported License.
Based on a work from this source