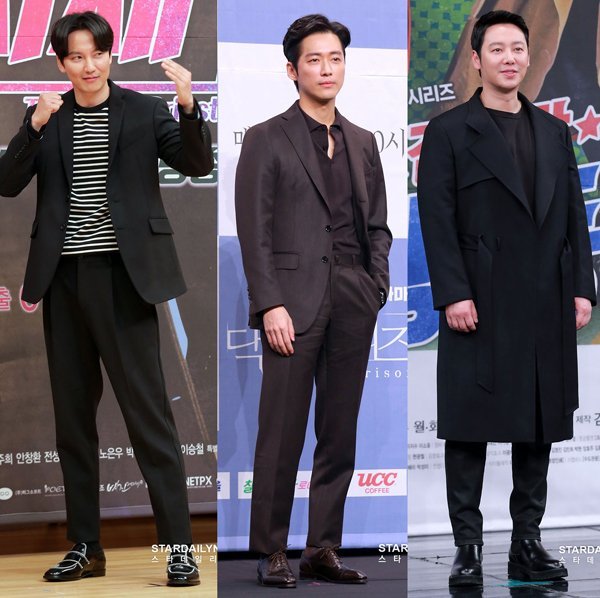 Kim Dong-wook, Namgoong Min and Kim Nam-gil have been gaining support of viewers by delivering a blow to the rotten parts of society.

Starting with Kim Nam-gil from "The Fiery Priest", Namgoong Min from "Doctor Prisoner" and Kim Dong-wook from "Special Labor Inspector, Mr. Jo", the dramas have been reflecting on social reality to bring 'the bad guys' to justice.

Kim Nam-gil's "The Fiery Priest", a drama at its peak with a high viewing rate also has a comical combination to it. "The Fiery Priest" is about a Catholic priest named Kim Hae-il (Kim Nam-gil) who has anger management issues, teaming up with Goo Dae-young (Kim Sung-kyun) to investigate a murder.

In addition to his fancy action, Kim Nam-gil's character responds to all sorts of corruption and immoral governmental authority in the drama, presenting satisfaction to the viewers.

Namgoong Min plays Na Yi-je, a genius physician driven out from a major university hospital who isn't so righteous, but fights evil with his own evil. He is the victim of third generation chaebols, but he doesn't mind allying with them to reach his goals.

"Doctor Prisoner" is also achieving good results in ratings with its realistic story. Namgoong Min threatens the position of medical chief Seon Min-sik (Kim Byung-chul) and shakes him clean of his corruptions, bringing him to justice in his own ways.

Kim Dong-wook, who plays Jo Jin-gap in "Special Labor Inspector, Mr. Jo", started off with a bang as he displayed his belief in justice. Kim Dong-wook gained weight just for this role and is reinterpreting his existing image of a action-packed, charismatic yet soft character.

He used to be a judo instructor who couldn't stand injustice before, but now he's been a public service worker for 6 years with an apathetic attitude towards welfare. After he was assigned to the position of labor supervisor at the Ministry of Employment and Labor, he satisfyingly deals with corrupted business owners in this comical satire drama.

Kim Dong-wook is firm with the bad and sincere to the weak, and his ways of satisfyingly dealing with the evil in society have viewers wanting to see more.

"Kim Dong-wook, Namgoong Min, Kim Nam-gil Bring Evil to Justice"
by HanCinema is licensed under a Creative Commons Attribution-Share Alike 3.0 Unported License.
Based on a work from this source