Kim Eun-sook 'Kids' on the Rise 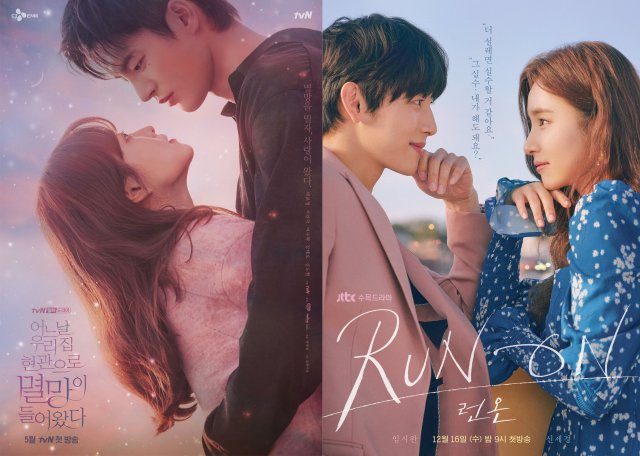 Kim Eun-sook's former assistant writers are standing out in the small screens.

tvN's Monday-Tuesday drama "Doom at Your Service" is a fantasy romance that guarantees the life of a woman named Dong-kyeong (Park Bo-young), who signs a contract with Myeol-mang (Seo In-guk), who is the reason for everything that disappears. It is the work of Im Me-ah-ri, a former assistant writer of Kim Eun-sook, who wrote several hit films such as "Goblin", "The Heirs", and "The King: Eternal Monarch".

Kim Eun-sook's scent is deeply smeared throughout the "Doom at Your Service". First of all, the basic plot of the drama is reminiscent of tvN's drama "Goblin" in the way that it puts forward transcendent beings, not humans, falling in love with humans. Writer Im Me-ah-ri absorbs the unique heart-throbbing romance and speech taste of writer Kim Eun-sook and melts it into "Doom at Your Service" in her own way.

In particular, Im Me-ah-ri's first work, JTBC's "Beauty Inside - Drama", began with a 2.9% viewer rating and ended with 5.2%. It has made many drama fans with a solid script as well as steady increase in viewer ratings. If "Beauty Inside" was a work from an original, "Doom at Your Service" is expected to give another glimpse into Im Me-ah-ri's ability in that it is a pure creation.

Writer Im Me-ah-ri is not the first writer to stand out. JTBC's "Run On" which ended in February, was also a debut drama by Park Si-hyun-I, a former assistant writer of Kim Eun-sook's. The ratings hovered around 2-3%, but it drew various forms of love using unique speech and different grammar from existing romance movies.

In addition, Kwon Do-eun, a writer of "Search: WWW" which aired in 2019, also performed well. She will return to the small screen with her next drama, "Twenty-Five Twenty-One".

The Kim Eun-sook kids are bringing out their colors by absorbing Kim Eun-sook's trademark, such as lines that stand, story development and romance layouts that cause heart attacks. Attention is focusing on whether they will be able to be reborn as star writers from being 'former assistant writers' of Kim Eun-sook.