Kim Ha-neul and Jang Keun-suk on the bed 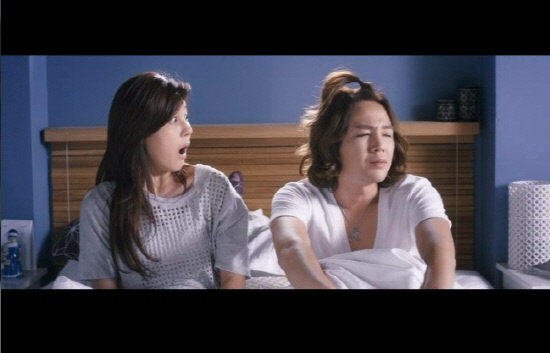 "You Pet" is a love story about Kim Ha-neul, who wants all the authority, and Jang Keun-suk, who does anything and everything he is told.

In the teaser, we can see Kim Ha-neul and Jang Keun-suk's comedic nuisance. They are on the floor wrestling, and Kim Ha-neul has Jang Keun-suk on his knees as punishment. But as much as he's a pet, washing him is also her job. He is not only cute but he is also devious, so he's on his knees all the time, or snuggling next to her at night on her bed. At the end of the teaser, Kim Ha-neul gets angry and asks, "Why do you keep coming onto my bed?" to which he replied, "I only touched your breasts". 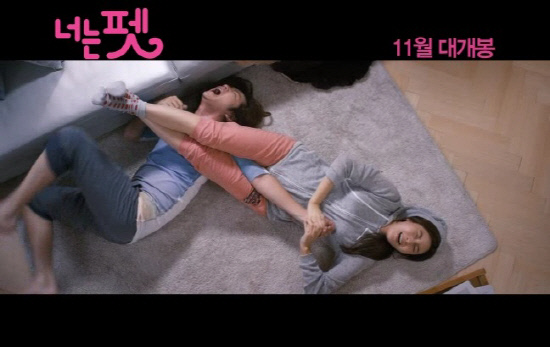 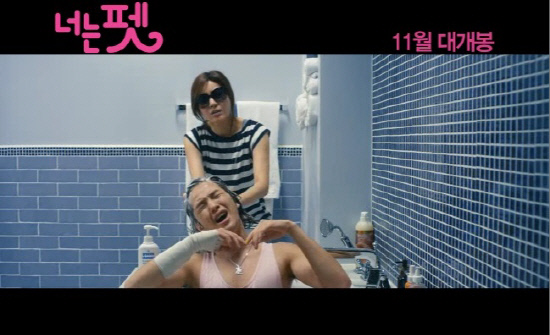 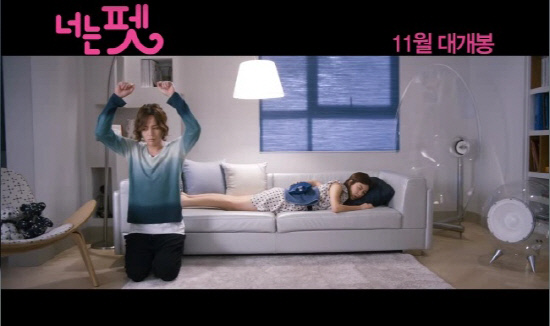 "Kim Ha-neul and Jang Keun-suk on the bed"
by HanCinema is licensed under a Creative Commons Attribution-Share Alike 3.0 Unported License.
Based on a work from this source