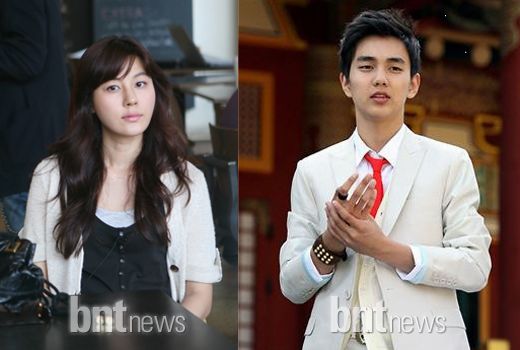 The movie that stimulates all five senses, "Blind" will feature Kim Ha-neul and Yoo Seung-ho as the main characters; the reason for this selection is because both of them have acting skill and star quality.

The movie "Blind" is a human thriller that has a unique setting, the only witness of a horrible murder is a person who is visually impaired. Last year, the scenario of this movie won the best prize and top popularity prize in '2009 Hit By Pitch' held by Producer Guild of Korea, due to it's top quality story line and the degree of completion.

Kim Ha-neul will be playing a student of a police academy who has incredibly high sensibility for all her senses except vision and has all the key information for this movie. Yoo Seung-ho will play as the main character who works as Kim Ha-neul's eye throughout the story.

Kim Ha-neul said, “I will show the kind of acting that only can be done when I pour all my energy in. This will not disappoint the film crew and audience. Yoo Seung-ho said, “I was attracted to its light entertainingness just like many Hollywood movies and also happy to work with Kim Ha-neul.”

When all places become dark, the only thing that will shine the way, new thriller "Blind" will be directed by director Ahn Sang-hoon and released in summer of 2011.

"Kim Ha-neul and Yoo Seung-ho will act together in the movie 'Blind'"
by HanCinema is licensed under a Creative Commons Attribution-Share Alike 3.0 Unported License.
Based on a work from this source