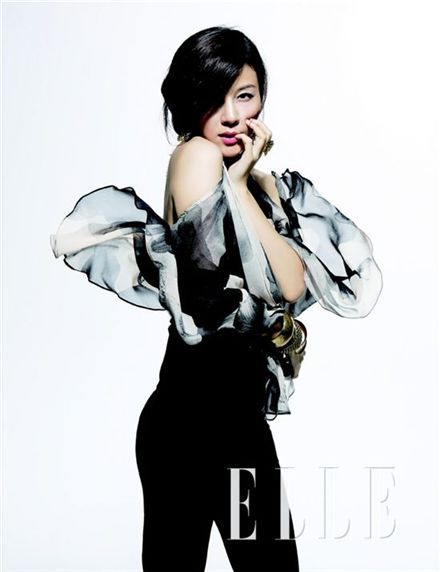 Hallyu star Kim Ha-neul has been featured in an editorial for fashion magazine ELLE Korea, according to a press release by the monthly publication on Tuesday.

The actress, who was photographed wearing various "romantic gypsy style" clothes, even offered some fashion styling and traveling tips for the readers.

"Blue jeans is a must-have item for traveling because it goes with anything and keeps you from worrying", the actress explained. "But sometimes, preparing a special wardrobe can increase the fun you have at the location you travel to".

In a section titled "10 Techniques to Become a Wise Traveller", Kim even revealed some of her personal traveling know-how such as "take a blank notebook rather a book", "when you're traveling, get up early, eat breakfast and drink lots of water" and "take a facial pack for nighttime".

The Kim Ha-neul feature will be published in the February issue of ELLE Korea and will also be available online at www.atzine.com.

The 31-year-old actress has starred in numerous hit TV dramas and movies, including SBS TV series "On Air" last year and hit film "My Tutor Friend" in 2003 with fellow Hallyu star kwon Sang-woo. She is currently shooting the upcoming MBC TV series "Road No. 1" with heartthrob actor So Ji-sub.

Kim is also a well-known fashionista who launched her own online fashon magazine -- "The Kim Haneul Magazine" -- on her official website (http://www.joneplus.co.kr/kimhaneul) earlier this month. 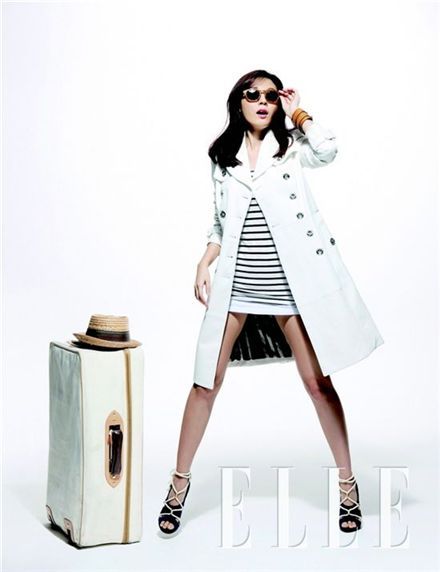 "Kim Ha-neul featured in fashion spread for ELLE "
by HanCinema is licensed under a Creative Commons Attribution-Share Alike 3.0 Unported License.
Based on a work from this source