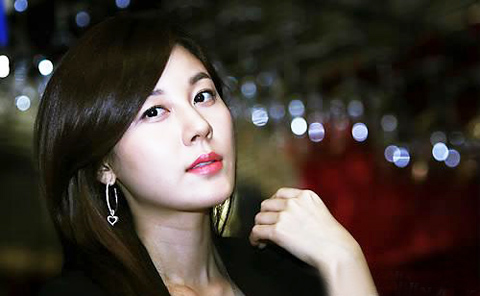 Not many actresses have appeared in various genres of work -- from a romantic comedy to a horror movie -- like Kim Ha-neul. She has recently earned the new name tag of "real actress" with her appearance in the thriller movie "Blind", which will be released on August 11. "Blind" is the first thriller movie for her. A reporter met Kim Ha-neul, who has been expanding her acting scope, at a café located in Samcheongdong. She introduced the movie by saying, "I am satisfied with the fact that I could complete the long journey with Soo Ah. "Blind" is the only work that I do not want to evaluate with any standard". Her comment was quite unexpected considering her thirteen years of acting experience. "Blind" is a commercial movie about a blind woman becoming the only witness to a terrible crime. Kim Ha-neul played a character named Soo Ah, who recognizes the murderer Myung Jin (Yang Young-jo) and chases the criminal along with the police. 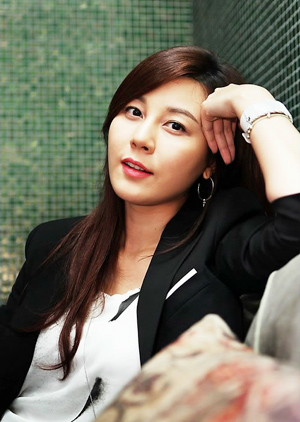 During the interview, she confessed that she had been quite ignorant regarding the blind. She knew nothing about them but their appearance that she had seen on the street. She had not talked with them nor read a book about their lives. So she started from the beginning. She went to a school for visually impaired students and talked to them, and she could learn their thoughts and behaviors. She said, "I started from the beginning. At first, I read a book about them because I thought that I should have at least information before I actually met them. I could meet a woman of my age at the school". She played Soo Ah in the movie by mixing the images of the blind people in her mind and their actual behaviors that she saw at the school. Kim Ha-neul said, "I had to ask questions, agonized, and endured while filming "Blind". Soo Ah overcomes her trauma in the movie with her own method and she has become more mature while going through a series of incidents. I felt very good that I could present her emotions while playing her. I have asked to myself consistently whether I could express her emotions properly and I finished filming the movie while enduring these questions coming up inside me. In light of that, I think that it is impossible to compare this movie to other works". 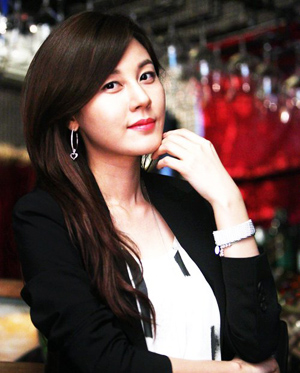 Images of Soo Ah remained on Kim Ha-neul's mind too much and it might be because of the fact that she had difficulties physically and even more difficulties emotionally, or she immersed herself too much in the character while acting. She needed a change. She needed to overcome the gloomy feelings from "Blind". That was why she chose a romantic comedy "You Pet" for her next work. She appears in "You Pet" with actor Jang Keun-suk. Yoo Seung-ho, with whom she appeared together in "Blind", and Jang Keun-suk are the two representative child actors who have successfully become adult actors. Asked to compare these two actors, Kim Ha-neul laughed pleasantly. She said, "They are completely different. Seung Ho seems to be very mature. He can present his character very well. He has an image of a veteran actor, but he sometimes looks like a child because he is very innocent. Geun Seok looks very cute and he always behaves in a very friendly manner just like the character that he plays in 'You Pet'. But their inner selves both look very mature". Kim Ha-neul is a veteran actress who can lead the whole story while leading young actors. 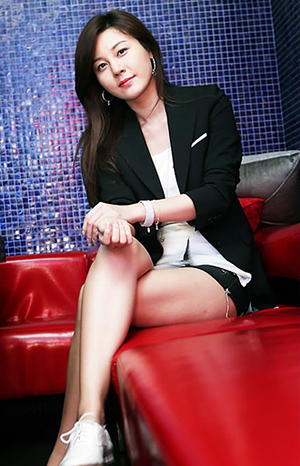 Kim Ha-neul debuted in 1998 with her appearance in the movie "Bye June", and it has been thirteen years since her debut. She said, "I feel very comfortable when I appear in a romantic comedy". Asked about her marriage plans, she answered, "When I was in my twenties, I thought about marriage very often. But now, as the time for marriage has already come, I feel more relaxed about getting married. I only care about "Blind" now". She laughed. Asked whether she felt good things about getting old, she answered, "Not many. I become more relaxed and my mind and view have become broader than before. But when I was young, I did my utmost to survive with my narrow view, and I think that it was also very good time because I could be filled with energy all the time while struggling. Now I know more about this world and I have become more polished, but the time when I have not yet become polished for this world seems to be better and more comfortable".

She has appeared in many different works such as a melodrama entitled "Ditto" (2000), a horror movie entitled "Dead Friend" (2004), and a comedy movie entitled "My Girlfriend is an Agent" (2009) without taking a rest for the past thirteen years. She mentions that acting is still very difficult for her, but her affection towards acting is deeply rooted. She said, "I like myself when I act. I want to remain as a good actor". Her last short comment expressed her confidence and decisiveness.