Kim Ha-neul "Marriage? I want to do it for children" 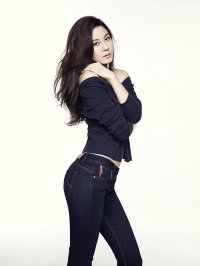 In an interview with Star News, she said, "I wanted to get married early ever since I was young. It's late even now".

She said, "One reason is for children. I really love children and want to get married to have children".

She emphasized, "My uncle and aunt live in the same villa as I do, and I have nephews and nieces from five to working age. Whenever I was stressed, I played with the children. Now that I'm old, I really want to get married".

"Marriage is not easy for everything doesn't go as planned. The reason why I can't meet the right guy is not because I'm famous, but because of personality differences. But I still believe that God will send me a good partner. If someone like that appears, I want to get married".

She half-joked and laughed as she said, "I've been so lonely these days", and said her ideal guy was someone she could rely on.

With her sharp lines and acting as Oh Seung-ah in SBS "On Air", she is receiving the love of viewers.

"Kim Ha-neul "Marriage? I want to do it for children""
by HanCinema is licensed under a Creative Commons Attribution-Share Alike 3.0 Unported License.
Based on a work from this source