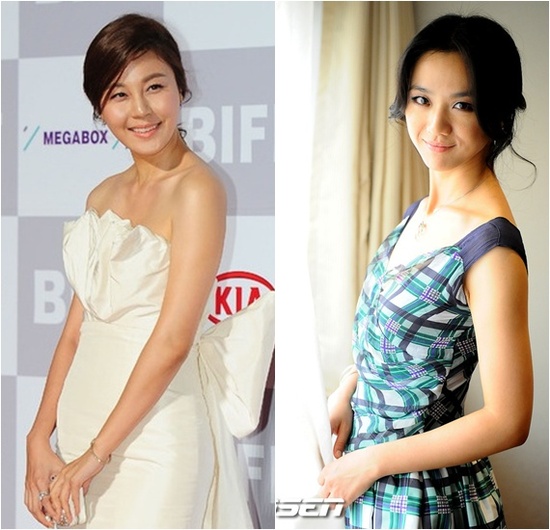 Who will be the flower of this years Cheongryong?

The 32nd Cheongryong Movie Awards will be held on the 25th at the Kyeonghee University in the Peace Hall. The competition for the Best Actress seems to be more special and intense than usual.

Chinese top Star Tang Wei happens to be the first foreign actress to be a nominee for Best Actress. She is now in Korea to attend the event.

She will be attempting for 3 awards in a row after her Baeksang Artistic Award and Best Actress at the Yeongpyeong Awards for her movie "Late Autunm - 2010" with Hyun Bin. Her deep act with her eyes and her unique atmosphere bedazzled the viewers.

However, the powers of other nominated actresses are increadible as well. Kim Hye-soo ("Villain and Widow"), Choi Kang-hee ("Petty Romance"), Jung Yoo-mi ("Silenced") and others have been nominated for Best Actress.

"Kim Ha-neul VS Tang Wei "
by HanCinema is licensed under a Creative Commons Attribution-Share Alike 3.0 Unported License.
Based on a work from this source