Kim Ha-neul will get married 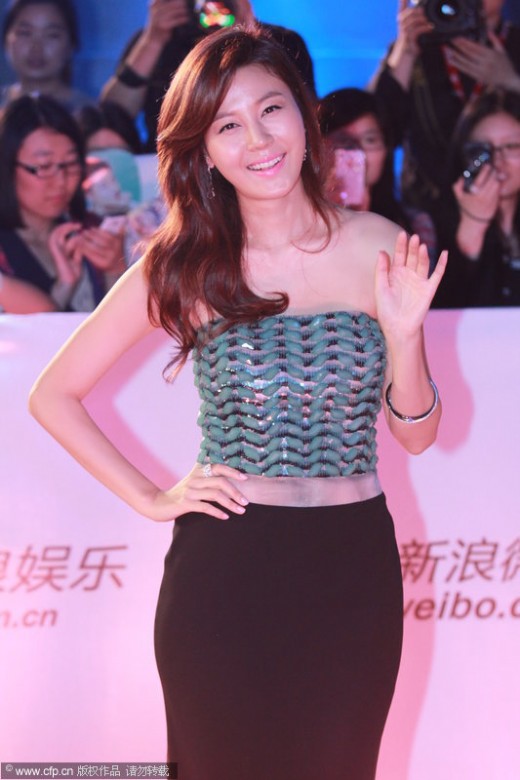 A-list actress Kim Ha-neul was on the fast track from admitting her relationship and to the announcement of her wedding date. The 39 year old superstar actress will be off the market next spring.

Kim Ha-neul's agency SM C&C has announced through the press release that Kim Ha-neul and her businessman boyfriend will wed March 19th next year after one year together.

Kim Ha-neul's wedding announcement draws more attention because the news broke within a month since she admitted her relationship officially.

On September 24th, Kim Ha-neul admitted she had been dating a handsome businessman boyfriend. One day after the confirmation, they were engulfed with a marriage rumor as well once at the time.

When the marriage rumor came out, her agency said they had confirmed with Kim Ha-neul and explained, "Because of her age, the rumor about marriage came around this early. However, they don't have any specific plans".

As a wedding date and other details about her marriage were leaked within a month after the rumor about their marriage came around, Kim Ha-neul acted cool and admitted that it's all true.

Kim Ha-neul's groom-to-be is a businessman acknowledged for his ability in the related industry. His family has been known to be significantly wealthy.

Kim Ha-neul debuted as an exclusive ad model for a clothing brand, Storm in 1996 and turned into an actress later on. She starred in dramas such as "Piano" "Romance", "On Air", 'A Gentleman's Dignity' and movies including "My Tutor Friend", 'My Girlfriend is an Agent' "Blind" and more. She will continue with her career by starring in "Remember You - Movie", "Misbehavior", and Korean-Chinese film 'Making Family'.

"Kim Ha-neul will get married"
by HanCinema is licensed under a Creative Commons Attribution-Share Alike 3.0 Unported License.
Based on a work from this source