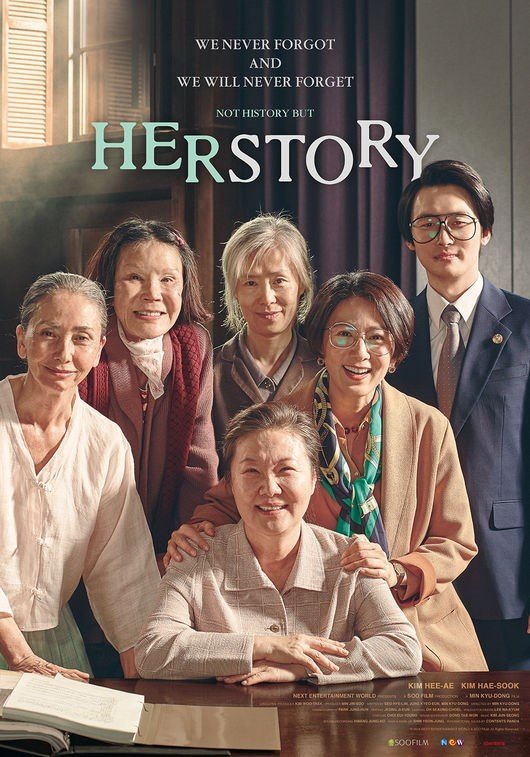 "Herstory" director Min Gyoo-dong, actress Kim Hae-sook, and Seoul mayor Park Won-soon were at the screening for the movie "Herstory" on the 3rd.

Journalist Kim Hyun-min was also there to talk about the movie with the audience.

"Herstory" is a story inspired by the "Gwanbu Trial", one of the many struggles against the Japanese government on behalf of comfort women. Ten plaintiffs and their supporters fight legal battles to attain victory and closure for the used women.

Seoul mayor Park Won-soon, who has continuously made effort for the resolution of the comfort women issue, showed his support for "Herstory" as well as for actress Kim Hae-sook and director Min Gyoo-dong who had a deep talk about the movie.

Thanks to his experience as a lawyer, Park Won-soon was able to explain the trial that went on in the movie.

"Kim Hae-sook, Director Min Gyoo-dong, and Mayor Park Won-soon at Screening for "Herstory""
by HanCinema is licensed under a Creative Commons Attribution-Share Alike 3.0 Unported License.
Based on a work from this source