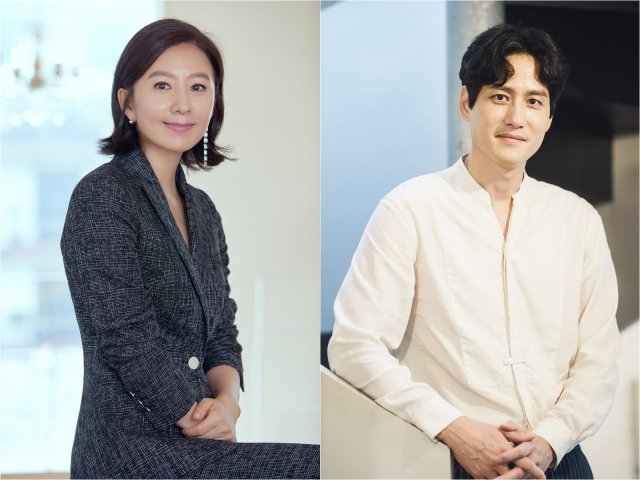 Actors Kim Hee-ae and Park Hae-joon are starring in the new jTBC drama "The World of the Married".

Coming up after "Itaewon Class", "The World of the Married" describes how a couple's bond, which they believed to be love, falls into a vortex of revenge, as it is broken by betrayal. It's about the fierce revenge of a couple who strangle each other with all their might.

The casting of Kim Hee-ae and Park Hae-joon is good news for this drama. In addition, "The World of the Married" is directed by Mo Wan-il from the previous jTBC drama "Misty".

Kim Hee-ae stars in her first drama in 4 years. She takes on the role of Ji Seon-woo, who is betrayed by her husband, falls to the depths of despair, and decides to get revenge. Ji Seon-woo is a woman who has everything, from wealth and fame to a son who lives up to her unwavering husband's love and expectations, but goes into an unexpected fate through the painful betrayal of those whom she trusted.

Kim Hee-ae said, "I'm so excited to be in this drama. I am going to focus on the psychological state of my character and put in a lot of energy".

Park Hae-joon makes a transformation as Ji Seon-woo's husband, Lee Tae-oh. He dreams of becoming a producer with a record breaking hit, but the reality of the situation is that, with the help of his capable wife Ji Seon-woo, he barely continues his entertainment business. He loves his wife, but walks into an irrevocable abyss because of a one-time dangerous fling.

Park Hae-joon is an active person with films and theater. He hopes to make a good transformation as Lee Tae-oh.

"Kim Hee-ae and Park Hae-joon to Star in "The World of the Married""
by HanCinema is licensed under a Creative Commons Attribution-Share Alike 3.0 Unported License.
Based on a work from this source