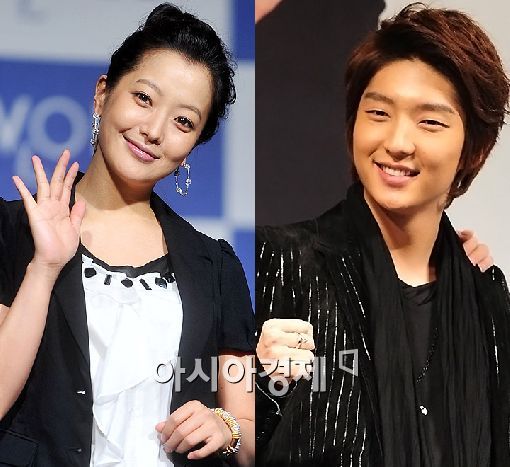 Top Korean actors Kim Hee-sun and Lee Joon-gi are being considered as the main cast for a new historical drama based on medicine helmed by famed director Kim Jong-hak of the "The Legend" series.

"We are still in the process of discussing whether she will appear in "Faith" -- nothing has been set as of yet", actress Kim's agency told Asia Economic Daily over the phone on Friday.

A source close to the producers of the show also said discussions are still underway with the cast to be confirmed by late February at the earliest.

Meanwhile, an official with a broadcaster said Lee's appearance in the drama has almost been set with the actor himself showing "great interest in the show".

The drama, tentatively titled "Faith", will be director Kim's comeback production set to air on the small screen near the end of the year.

Actress Kim, 32, has been one of the most popular actresses in the country since her debut in 1993. She was last seen on the screen in SBS' 2006 TV series "Smile Again" until she married in 2007.

Lee made a splash into the acting industry, appearing in the 2005 hit film "The King and the Clown" which is the second-most watched Korean film to date. His latest work was MBC TV series "Hero - Drama", which ended its run mid-January of this year.

"Kim Hee-sun, Lee Joon-gi being considered for new drama"
by HanCinema is licensed under a Creative Commons Attribution-Share Alike 3.0 Unported License.
Based on a work from this source