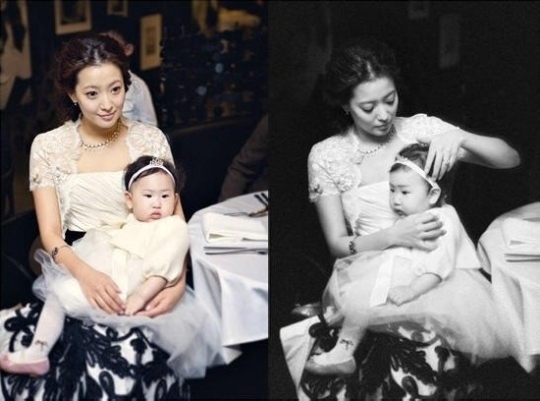 Actress Kim Hee-sun was caught on camera with her daughter.

A picture was posted on an online community on the 10th with the title, "Kim Hee-sun and daughter".

Kim Hee-sun looks very happy with her daughter in her arms. She is wearing almost the same dress as her and it looks like they are at a gathering of some sort.

Meanwhile, Kim Hee-sun got married to an elder businessman in 2007 and gave birth to her daughter in April, 2009.

"Kim Hee-sun reveals daughter... 'mother indeed'"
by HanCinema is licensed under a Creative Commons Attribution-Share Alike 3.0 Unported License.
Based on a work from this source