Kim Hye-ja, Han Ji-min and Nam Joo-hyuk Behind the Scenes of "The Light in Your Eyes" 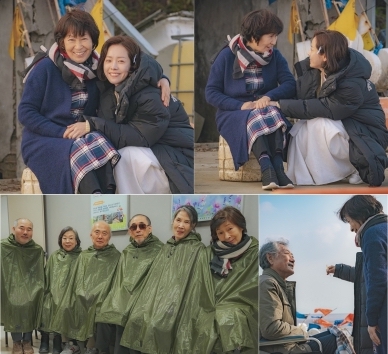 The jTBC drama "The Light in Your Eyes" released behind-the-scene cuts of Hye-ja's (Kim Hye-ja) secret.

In the previous episodes, Hye-ja's time breakaway was explained; she was suffering from Alzheimer's disease, and the story so far had been happening in her head. Twenty-five-year-old Hye-ja (Han Ji-min) was seventy-year-old Hye-ja's past. The narration said, "I had a long dream. But I don't know if I'm dreaming about myself getting old, or if the old me is dreaming of being young. I have Alzheimer's".

The truth about Hye-ja is delivered against the backdrop of the ocean. The scene where Kim Hye-ja, with eyes so deep with age it's hard to fathom, and Han Ji-min meet is where their synergy is released. The way they are talking hand-in-hand shows that even their smiles look alike. 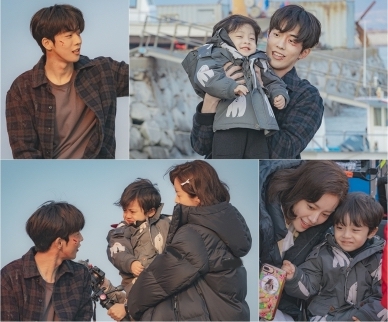 The production says, "Hye-ja's real story begins now. There are two more episodes of the precious and shining time of Hye-ja's life, so watch how the puzzles piece together and connect the past and the present".