Kim Hye-soo almost kidnapped by stalker, 'Kicked him to the ground' 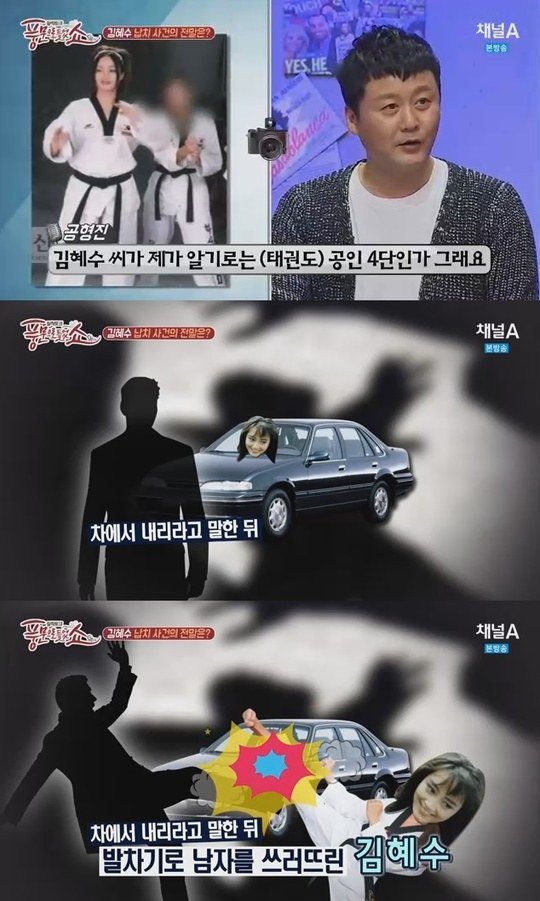 Kim Hye-soo was almost been kidnapped by a stalker.

Channel A TV show "Heard It Through the Grapevines" MC Gong Hyung-jin, singer Hong Jin-yeong and panels Hong Seok-cheon, Lee Ji-hye-II and others talked about stars who were bullied by their stalkers.

According to them, Kim Hye-soo was almost kidnapped while she was in a car with her eyes closed in her mid 20s.

When she opened her eyes, the car was going somewhere else. She told the man driving her car to get out and kicked him to the ground.

"Kim Hye-soo almost kidnapped by stalker, 'Kicked him to the ground'"
by HanCinema is licensed under a Creative Commons Attribution-Share Alike 3.0 Unported License.
Based on a work from this source