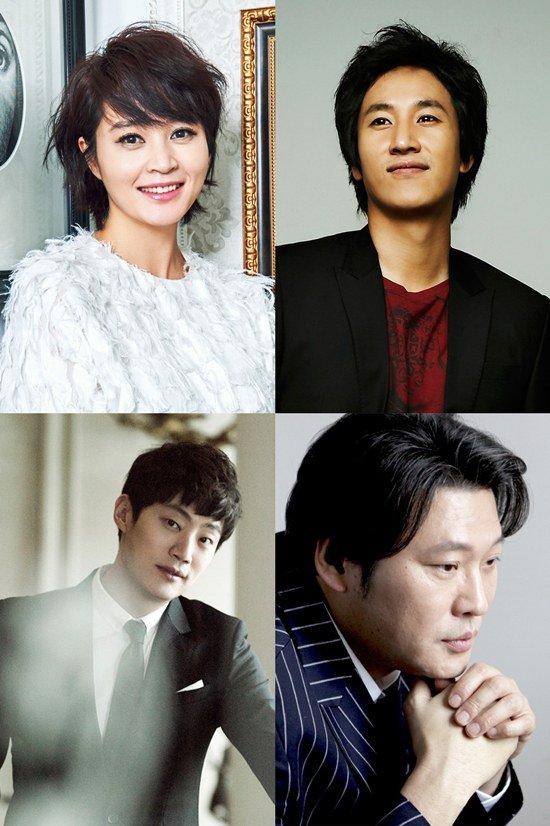 Actors and actress Lee Sun-kyun, Kim Hye-soo, Lee Hee-joon and Choi Moo-sung have been cast for the noire "Special Lady".

"Special Lady" will crank in on the 28th.

A second-in-command named Na Hyeon-jeong (Kim Hye-soo) puts her life on the line to bring back a gangster organization to life and she chooses an under-boss named Im Sang-hoon (Lee Sun-kyun) to work for her while investigator Choi (Lee Hee-joon) starts a dangerous game against them. This movie is unlike the usual Korean noire seen so far.

The "Tazza: The High Rollers", "The Thieves", "The Face Reader" and "Coin Locker Girl" actress Kim Hye-soo is upgrading her filmography by starring in "Special Lady" and becoming a heroine. Na Hyeon-jeong is the hidden key behind the gang Jaecheol which becomes a legal firm. She's not only the first woman to be in a leading role in a noire, which is usually taken over by men, but she is going to engage in actual fighting action as well.

Lee Sun-kyun, who has starred in "Helpless", "Everything about my Wife" and "A Hard Day", plays in the role of Im Sang-hoon, an under-boss who slowly increases his desires.

Lee Hee-joon plays prosecutor Choi who starts a dangerous game right before his promotion and Choi Moo-sung is Chairman Kim, the leader of gang Jaecheol.

Director Lee An-gyoo is a rookie who was assistant director in "The Good, the Bad, the Weird", "Blades of Blood" and others. "Special Lady" will crank in this 28th.

"Kim Hye-soo and Lee Sun-kyun's "Special Lady" to crank up on the 28th "
by HanCinema is licensed under a Creative Commons Attribution-Share Alike 3.0 Unported License.
Based on a work from this source