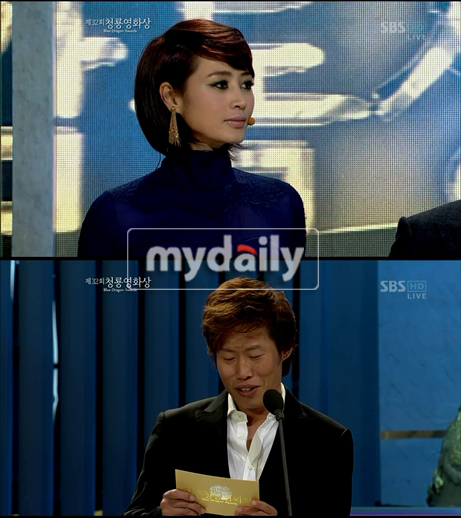 The 32nd Cheongryong Movie Awards was held at the Peace Hall in Kyeonghee University on the 25th.

Kim Hye-soo attended the event as the MC and Yoo Hae-jin was on stage for the Director's Award. His peculiar eloquence delighted the crowd and Kim Hye-soo applauded him.

The awards was finished off with the Best Picture and Kim Hye-soo went down the stairs to Yoo Hae-jin sitting in one of the seats and gave him a joyful hug.

Netizens say, "They look good as friends", "They were caught hugging at the last scene, guess that means they ended well", "It's a friendly hug. They're cool about it" and more. 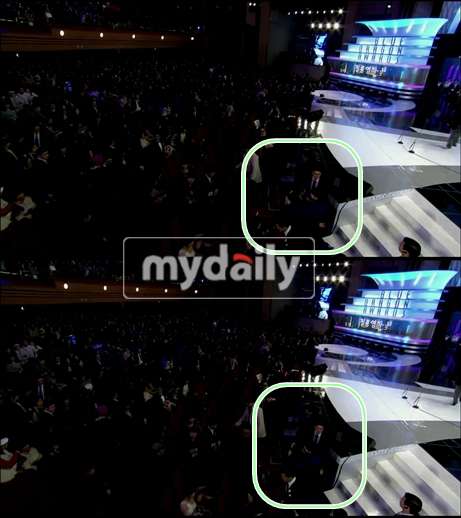 "Kim Hye-soo and Yoo Hae-jin reunite in Cheongryong"
by HanCinema is licensed under a Creative Commons Attribution-Share Alike 3.0 Unported License.
Based on a work from this source