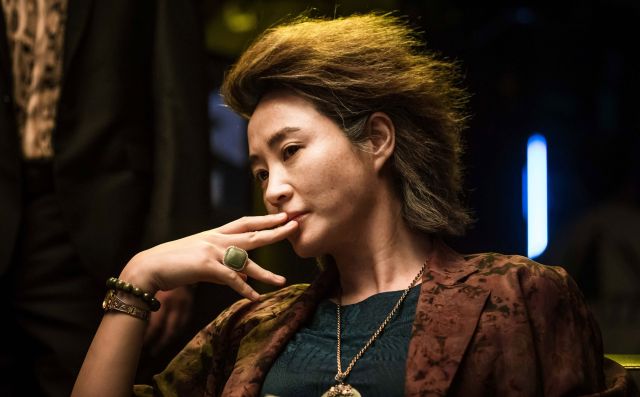 Stills of Kim Hye-soo starring in the movie "Coin Locker Girl" have been released. She plays the leader "Mother" of cold and cruel China Town, the background of the movie.

Anyone can call her mother but she can't be defied. She is an immigrant whose past and real name is hidden and she created her own gang to survive in the world of violence. She takes care of difficult matters without a flinch and takes care of people who can't pay their debt in her own ways, showing no remorse or feelings.

Kim Hye-soo in the pictures has strands of gray in her hair and freckles all over her face. She is a character like never seen before. 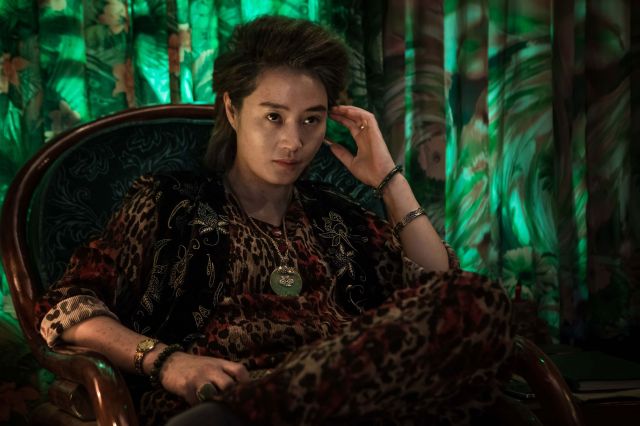 Kim Hye-soo completely flipped her image over for this movie. She underwent the dramatic change that's not easy for an actress like her to do; she roughed up her hair and even added 'fat' to her belly. She participated in the makeover, enjoying it more than anyone else.

Meanwhile, "Coin Locker Girl" is about the survival of two women who made it the cruel world where only the strong survive starring Kim Hye-soo and Kim Go-eun. To be released next month.

"Kim Hye-soo's new stills in upcoming movie "Coin Locker Girl""
by HanCinema is licensed under a Creative Commons Attribution-Share Alike 3.0 Unported License.
Based on a work from this source