Kim Hye-soo said, "Go Hyun-jung is well over me already". 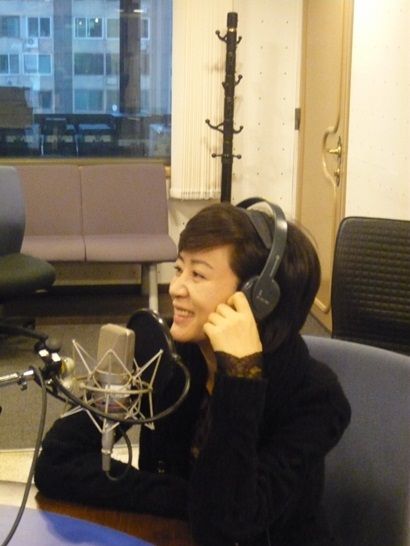 “Go Hyun-jung is well over me, Kim Hye-soo, already.”

Kim Hye-soo, who participated in the recording of 'Son Seok-hee's Pay Attention – Person of Saturday', mentioned about actress Go Hyun-jung.

Also, to the Kim Nam-gil's saying, which he pointed out Kim Hye-soo as the senior actor/actress who he was influenced most in the outside of acting, Kim Hye-soo answered, “I really like Kim Nam-gil, Kim Nam-gil has naiveness, seriousness and adultness which are all the important component of good actor.”

And she added, “I get out from my role after 'cut!'. I think I still need to open my eyes into acting.”

Kim Hye-soo was saying 'hi' to the listeners by quoting “The day when nobody is alone.”

"Kim Hye-soo said, "Go Hyun-jung is well over me already"."
by HanCinema is licensed under a Creative Commons Attribution-Share Alike 3.0 Unported License.
Based on a work from this source