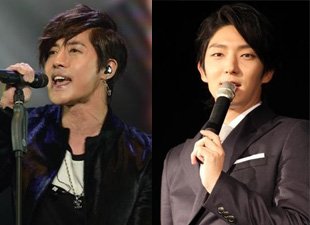 Who are the male stars to look out for in 2013? According to a recent survey, it's Kim Hyun-joong and Lee Joon-gi!

The site Sevenedum recently conducted a poll asking the 5,547 voters who they thought was the most highly anticipated male star of the new year.

Kim Hyun-joong is currently on his Japan Tour 2013 "UNLIMITED" tour meeting with his fans there, while Lee Joon-gi will be the featured guest on an upcoming episode of the popular in-depth talk show "Healing Camp".