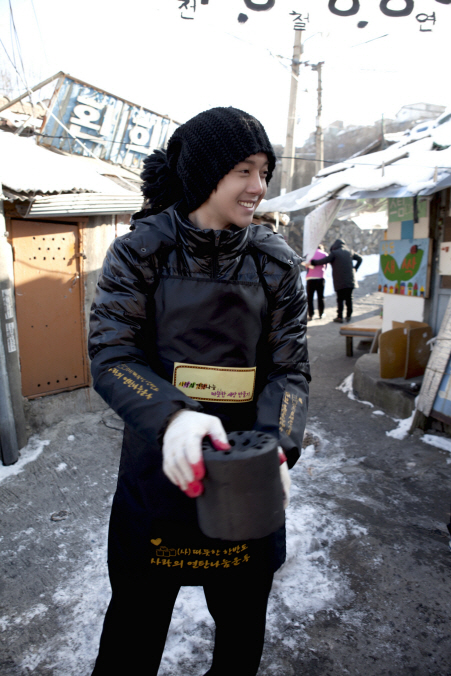 According to his company Keyeast Entertainment on the 7th, he delivered coals on the 6th somewhere in Seoul Dong Jak Gu. Despite the blistering cold around -10 degrees, he visited the homes and passed on coals.

Not only did he deliver them, but he also added a little bit of his own donations of ten thousand coals on top of the ten thousand donated by 'Hot Sun Chicken' he is currently modeling for. It is known that about 200 some fans also participated this day.

Meanwhile, Kim Hyun-joong was awarded with the MBC acting grand prize for his MBC drama "Naughty Kiss" and is currently preparing his music album as well as his next project. 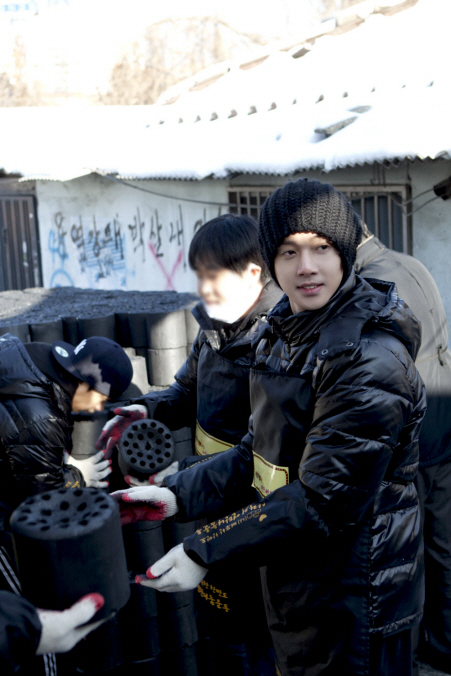 "Kim Hyun-joong, delivers "Love Sharing" coals in extreme cold"
by HanCinema is licensed under a Creative Commons Attribution-Share Alike 3.0 Unported License.
Based on a work from this source