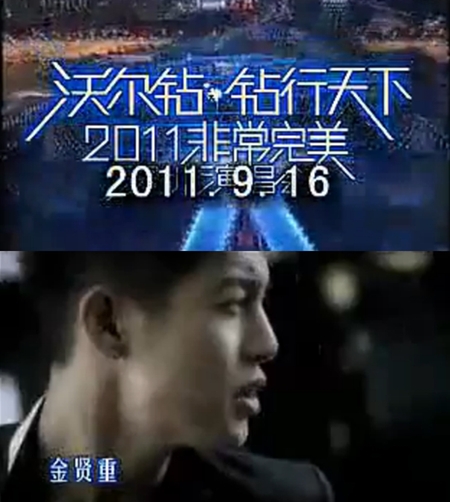 Singer and actor Kim Hyun-joong is now known and the Emperor of Asia in China.

Kim Hyun-joong is attending a concert at the Spring Cocoons Shenzhen Bay Stadium this coming 16th in China.

The video introducing his appearance here was shown and he was nicknamed the Emperor of Asia. The Chinese media reported, "Kim's performance is greatly looked forward to".

As word got out that he was going to be there, his fans managed to pull off a tickets sales amount of 160 million won.

Those who have seen this say, "Kim Hyun-joong is feeling love in China", "Amazing", "He's no longer the prince but Emperor of China?", "National prestige indeed" and more.

"Kim Hyun-joong is Asian Emperor in China... tickets sales of 160 million won"
by HanCinema is licensed under a Creative Commons Attribution-Share Alike 3.0 Unported License.
Based on a work from this source