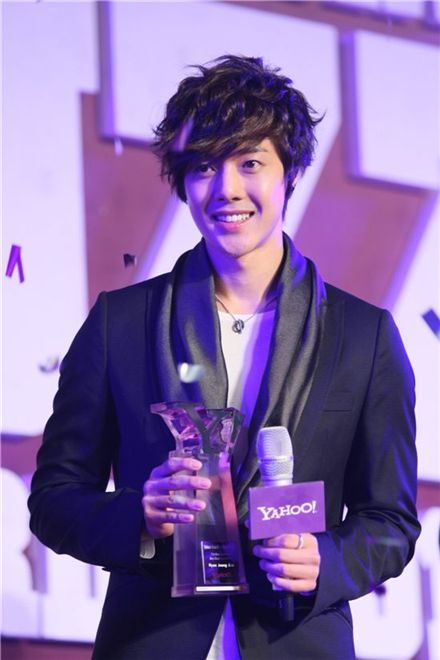 "I want to thank all my fans in Hong Kong, Taiwan and other Asian countries for showing their love. I will work harder in the future", Kim was quoted as saying.

"I was surprised and thankful that I was able to receive all this attention and love from fans in the countries I haven't visited yet", Jang was quoted as saying, adding that he was sad that he was not able to take part in the ceremony due to his busy schedule.

The Yahoo! Buzz Awards 2010 is a popularity poll based on a celebrities 'buzz', or the number of searches that a star receives on Yahoo!. The poll ran from November 8 till December 1 amongst Internet users in South Korea, Taiwan, Hong Kong and Indonesia.

Kim made his debut as the leader of the popular boy band SS501 in 2005. He rose to stardom after starring the popular TV series "Boys over Flowers". He recently played the leading male role in MBC's "Naughty Kiss".

He has visited a number of countries in Asia for fan meetings and promotional events and is currently preparing to make his music comeback with a solo album next year.

Jang, 23, became a household name after playing an eccentric lead singer of idol group A.N.JELL in SBS hit show "You're Beautiful". He made his comeback to the small screen in "Marry Me, Mary!" as the Indie rocker Mugyul alongside Moon Geun-young. 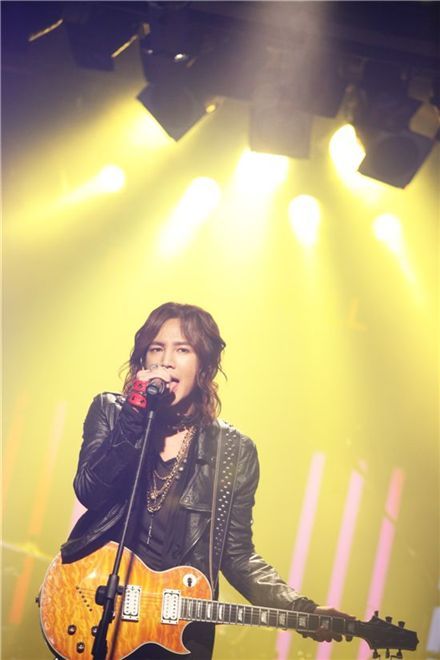 "Kim Hyun-joong, Jang Keun-suk win big at Yahoo! Buzz Awards 2010"
by HanCinema is licensed under a Creative Commons Attribution-Share Alike 3.0 Unported License.
Based on a work from this source