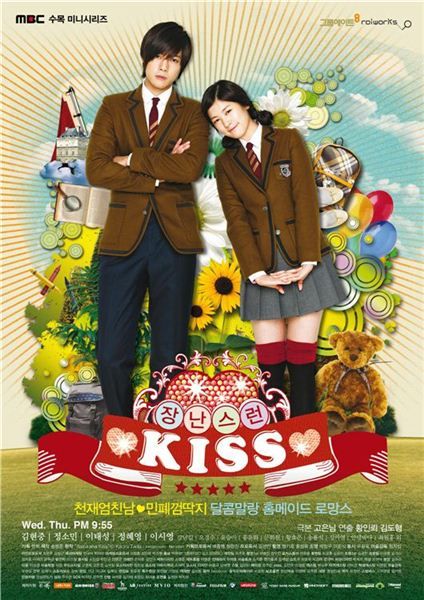 New MBC TV series "Naughty Kiss" starring popular singer and actor Kim Hyun-joong, was sold to 12 countries around the world ahead of going on air early this month, according to the show's producer Group 8 on Wednesday.

Park Rae-hyun, in charge of the PR & Promotions team at Group 8, told 10Asia that the series was sold to several nations including Japan, Hong Kong, Thailand, the Philippines and the United States for a total four billion won, equivalent to about 3.4 million dollars.

In a couple of the countries, such as Thailand and the Philippines, the show was sold for the highest price in Korean drama history.

The show has also already been set to air twice a week on cable music channel Mnet Japan starting December although additional details have yet to be set.

"Kim Hyun-joong series "Naughty Kiss" sold to 12 countries"
by HanCinema is licensed under a Creative Commons Attribution-Share Alike 3.0 Unported License.
Based on a work from this source