Kim Hyun-joong to Meet Fans in Brazil and Peru 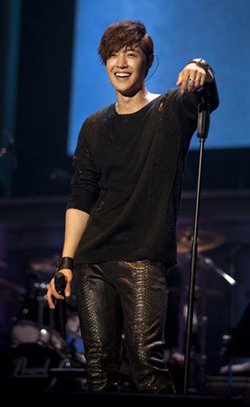 K-pop star Kim Hyun-joong will head to Latin America later this month as his popularity continues to grow in other continents.

He will meet fans in Brazil as he has been invited to an event on Feb. 24 to mark the 50th anniversary of Korean immigrants there. He will then move on to Lima the following day to hold a concert and meet his Peruvian fans.

"Kim is excited about making his first trip to Latin America. He is currently on tour in Japan, but he is also busy preparing a great program for Brazil and Peru", said Kim's agency.

Kim has become increasingly popular in Japan and other parts of Asia after he released several solo albums there.

"Kim Hyun-joong to Meet Fans in Brazil and Peru"
by HanCinema is licensed under a Creative Commons Attribution-Share Alike 3.0 Unported License.
Based on a work from this source