Kim Jae-joong, "Kim Hyun-joong and I are not being admitted together" 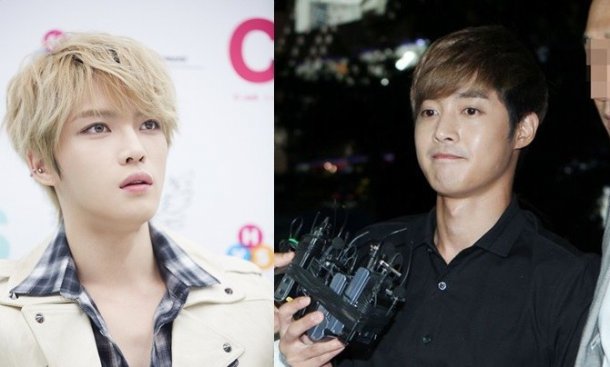 Friends Kim Jae-joong and Kim Hyun-joong are entering the army on the same day but they are not being 'admitted' together.

They are both joining the army on the 31st of March. They've revealed how close they are through television, so many are wondering if they are serving National Duty together.

Kim Jae-joong's agency claimed, "They haven't been in close contact these days and they're not going on duty together".

They have about 3 weeks before D-Day. They are taking care of official and personal matters. Kim Jae-joong has a meeting with his fans at the '2015 Kim Jae-jong's Concert In Seoul – The Beginning of End'. He plans on spending time with family as well.

Kim Hyun-joong recently held a successful concert and is taking care of personal business. He's also told the woman who claims to have born his child, that he's going away for a while.

"Kim Jae-joong, "Kim Hyun-joong and I are not being admitted together""
by HanCinema is licensed under a Creative Commons Attribution-Share Alike 3.0 Unported License.
Based on a work from this source