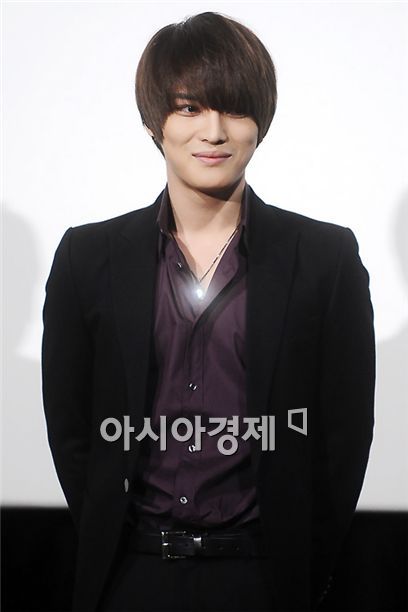 Kim Jae-joong of Korean idol group TVXQ will appear in a Japanese television drama, according to a source close to the singer.

The source said in a phone call with Asia Economic Daily on Tuesday that "it has recently been confirmed that Kim Jae-joong will appear in a drama to air on Fuji TV".

This will be the second collaboration between the famed writer and singer; they first met last year as writer and actor on telecinema "Postman to Heaven", which starred Kim Jae-joong and Korean actress Han Hyo-joo.

"Sunao", a story of friendship between a man and a woman who became acquaintances through Twitter, will star top Japanese actors Eita and Ueno Juri of smash hit TV series "Nodame Cantabile". Eita is set to play a newbie cameramen while Ueno will portray a temporary high-school teacher.

The series, which premieres in April, will be broadcast every Thursday at 10 p.m.

Kim Jae-joong debuted in 2004 in the five-member boy band TVXQ, one of the most successful K-pop acts in Asia. They reportedly have the largest fanbase in the world and have enjoyed great success in the Japanese music industry in particular.

The band became the first foreign artist to top the Oricon singles charts six times with their 27th single "Share the World/We are!" released last year.