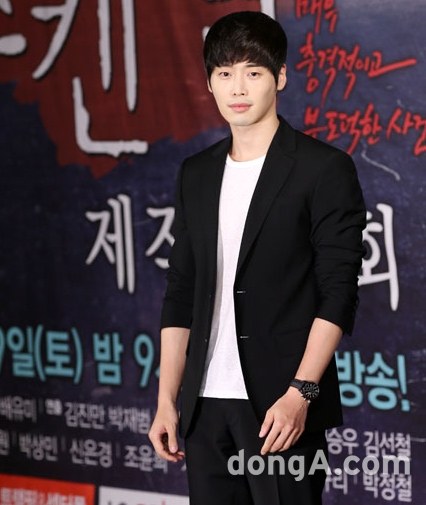 Kim is getting married to a childhood friend on the 28th at the Raum in Seoul.

However, without even having time to enjoy their honeymoon, he has to return to the set of "Scandal". The honeymoon has been postponed to next year.

Kim Jae-won is using his free time to prepare for the wedding. The bride is 3 months pregnant so she can't deal with everything herself. He also doesn't want to cause any trouble for the drama, so he's dividing up his time as much as he can.

Kim Jae-won claimed at the premier of "Scandal", "I didn't know the wedding would be this close so soon. There's weight in my responsibilities as I have to take care of a family".

"Kim Jae-won gets married tomorrow"
by HanCinema is licensed under a Creative Commons Attribution-Share Alike 3.0 Unported License.
Based on a work from this source